Launch UK has been named winner of the ‘Best Shell Scheme Award’ at this year’s Automechanika Birmingham stand awards, sponsored by Freeman.

The stand was chosen by the Automechanika Birmingham team as having the most “eye-catching” design including innovative stand concept and design, as judges carefully presided over which exhibitors had demonstrated the best in stand design during the three-day show.

There were three categories for the 2019 awards: ‘Best Space Only Award’ for transformation of an enhanced or standard shell scheme with innovative thinking and display; ‘Best Visitor Engagement Award’ for the best creative idea for driving visitor engagement on a stand and ‘Best Shell Scheme Award’. 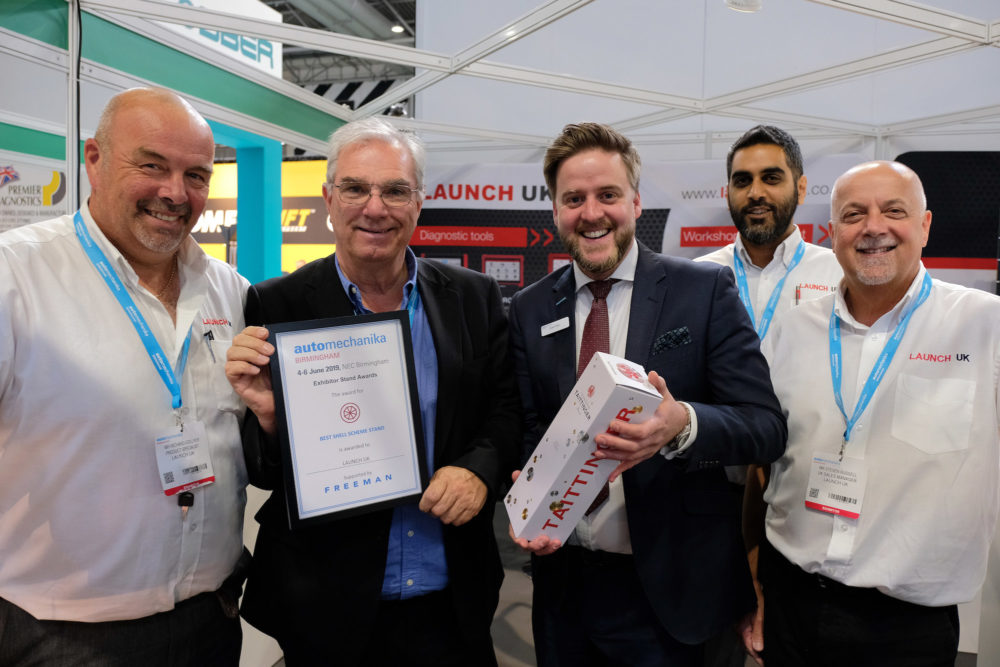 Dave Richards, Managing Director of Launch UK, who was presented with a bottle of champagne by Freeman said: “We’re delighted to have been acknowledged for our efforts in designing a prominent showcase for Launch’s products, our principle aim was to promote the Launch brand to our UK customers in the most effective way possible.

“It’s been an incredibly successful show for us, we’ve had a constant flux of customers to the stand over the three days and business could not be better. This recognition is the icing on the cake.”

Jack Halliday, event director of Automechanika Birmingham said: “Congratulations to Launch UK for winning best Shell Scheme Stand at Automechanika Birmingham 2019, with so many companies exhibiting this year their stand showed strong visual appeal, best creative use of space and presented clear understanding of their offering for visitors – the team deserve to be recognised for their efforts.”