Lotus has confirmed full details of its four-cylinder two-seater Emira First Edition. Lotus boasts that it is the world’s most powerful four-cylinder engine. 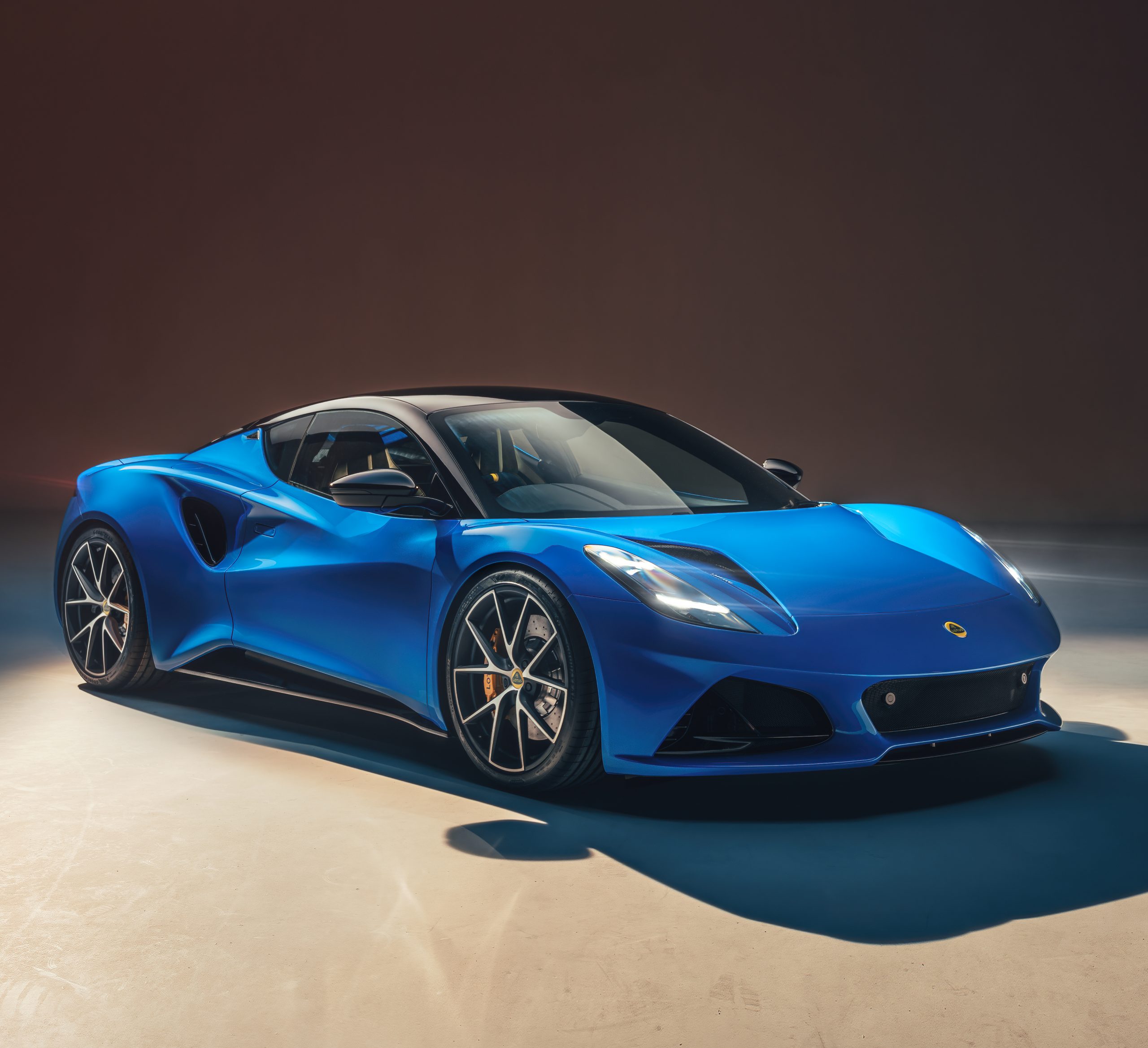 The Emira is the last petrol-powered car from Lotus before what it says is the beginning of a thrilling new all-electric era from 29th March, when the Type 132 makes its world debut.

Critically acclaimed by the media, Lotus Cars says that customer orders for the Emira V6 First Edition have far exceeded expectation and continue to flood in from all over the world.

The new four-cylinder Emira is powered by a bespoke version of AMG’s M139 direct injection engine. It is manufactured specifically for the Lotus Emira, and includes hardware changes to aid mid-mounted integration along with new software to give it “a true Lotus character”.

It is the world’s most powerful four-cylinder engine homologated for road use (up to 208bhp / litre), regarded by many as the world’s best i4 unit and has an enviable reputation for reliability.

Lotus Cars says that using cutting-edge technology, it delivers outstanding performance for comparatively low emissions. The twin-scroll turbocharger with roller bearings is optimised for fast spool-up and minimum lag. The exhaust system is designed by Lotus and unique to the Emira.

Delivering 360bhp, the car features a unique engine bay cover and C-pillar badging. As with the Emira V6 First Edition, the i4 version offers a high level of standard equipment and is available with a variety of ‘no-cost’ optional finishes and materials to enable customers to tailor the car to their own style.

The Emira First Edition costs £71,995 in the UK (€87,995 in Germany, $85,900 in USA, but no price readily available for Ireland). Customers in the UK can reserve their chosen car via the website from 8th April and deliveries will start towards the end of the year.

Lotus Cars and Lotus Engineering are part of the Lotus Group, which in-turn is part of Geely Automotive, reputed to be the fastest-growing automotive group in the world. Geely has a 51 per cent controlling stake, with 49 per cent owned by Etika Automotive, a Malaysian conglomerate.