Together with JC Raceteknik, KYB is entering a new venture in World Rallycross for 2020. The Swedish squad, competing under the KYB Team JC banner, will challenge for both the Drivers’ and Teams’ titles in the FIA World Rallycross Championship. 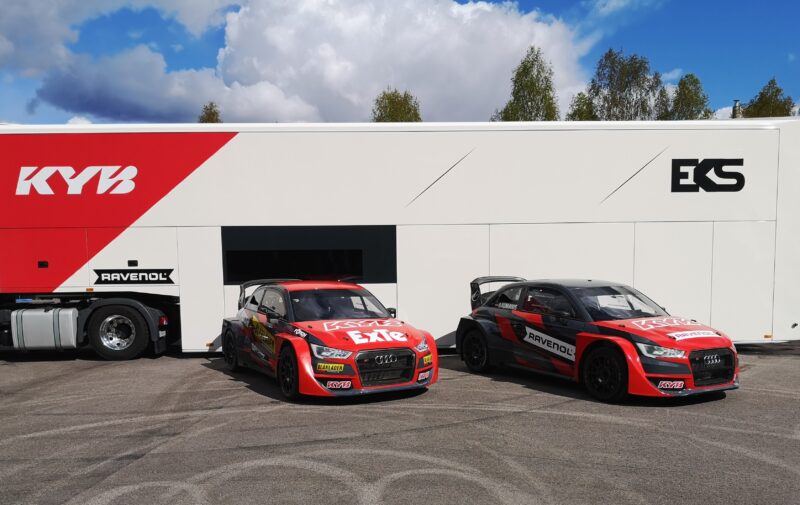 Together with EKS and the JC Raceteknik team, KYB will continue development of top-level rallycross shock absorbers, continuing the technical collaboration that started last year. The team has bought five of the Audi S1 EKS RX Supercars from EKS and will have two of them in World RX and two in Euro RX. All cars also use KYB power steering.

“Being able to start with two drivers in the World Championship feels fantastic, this has long been a dream for me. Thanks to KYB we will start as KYB Team JC and we will continue our technical collaboration with EKS. This investment is a good opportunity for all parties that allows us to develop together. This will be brilliant for the whole team, and benefit our Euro RX drivers too,” commented Joel Christoffersson, Team Principal at JC Raceteknik.

Baumanis said: “I’m excited for a new season with a whole new team. JC Raceteknik and Robin showed last year that they had a good pace in Euro RX, so this year I think we will be even stronger with two good cars in World RX. I can’t wait to get into the latest spec EKS Audi with the latest shock absorbers from KYB. Robin definitely knows the car better than me, but hopefully I can be near his pace as soon as possible.”