KYB has entered into a sponsorship agreement with FIA World Rallycross Championship Team EKS from June 2017. 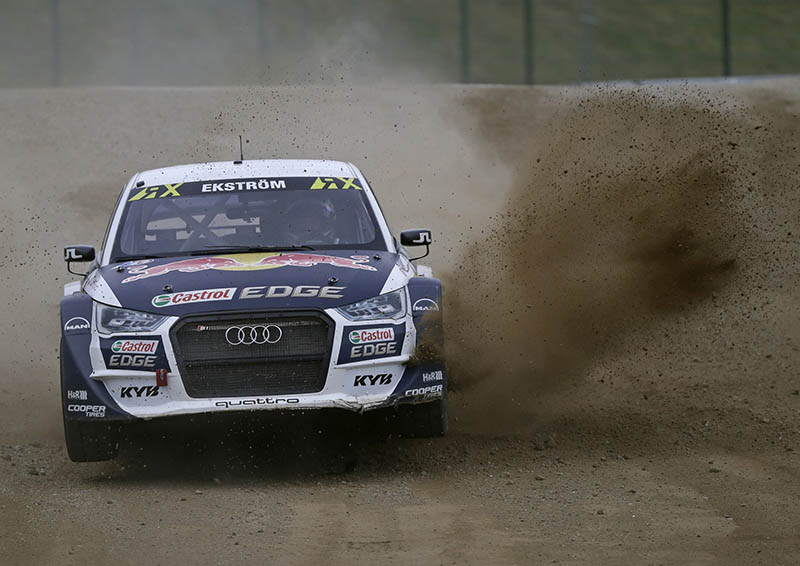 The Audi S1 EKS RX Quattro is using KYB’s electronic power steering (EPS) which is widely coveted in motorsports. The KYB logo is visible on both the EKS racecar and service truck. EKS is made up of Toomas “Topi” Heikkinen and EKS owner Mattias Ekstrom. 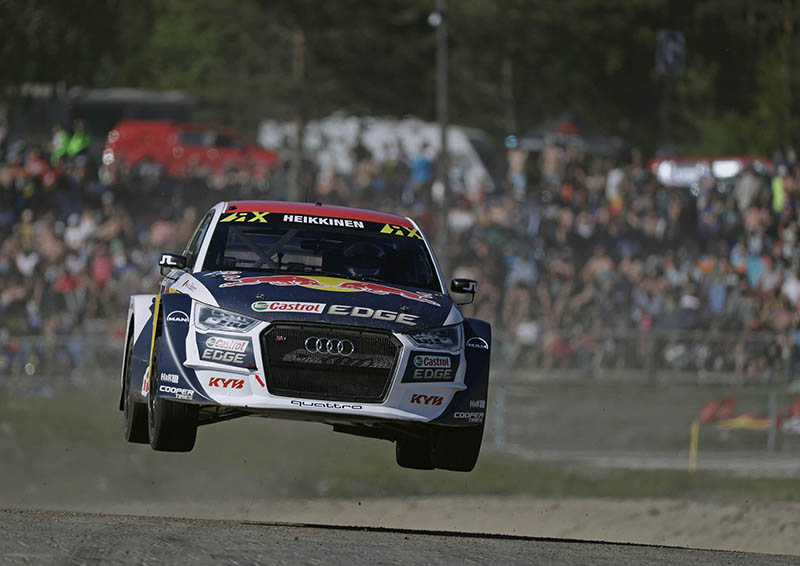 Swedish driver Mattias Ekstrom won the championship in 2016. The two-time DTM champion grew up with rallycross and spent a large part of his youth in RX paddocks. The team EKS is a celebration of everything that Mattias loves about racing; the passion, enthusiasm and joy. He is currently 3rd in the championship, with 143 points.

Finnish driver Topi started racing at the age of 8 and switched to rallycross in 2010, winning the Finnish Championship in his first season. He became Global Rallycross Champion and also a two times X Games gold medalist. In 2014, Topi finished runner-up in the World RX Drivers’ Championship. He is currently 11th in the championship with 58 points.

EKS has been competing in the WRX since 2014. In the 2016 season, EKS won the Team Championship, raising hopes for the team’s future prospects. KYB has been providing the team with EPS since 2015 and continues to provide technical support alongside the new sponsorship agreement.

Rallycross consists of 12 two day events across the world, on tracks that are a mix of rallying and circuit racing. Drivers are equipped with RX Supercars with over 600bhp and the ability to accelerate from 0-60mph in less than two seconds. In 2014, WRX attracted 11.4 million European viewers watching the dedicated coverage across all 12 rounds. Keep an eye on KYB’s social media pages for regular updates on the EKS team.