Jaguar’s versatile performance SUV and winner of World Car of the Year 2017, the all-new F-PACE will make its debut at the popular event.  It will be showcased alongside the Jaguar range of luxury saloons, including the refined XE and distinctive XF, as well as the iconic F-TYPE sports car. 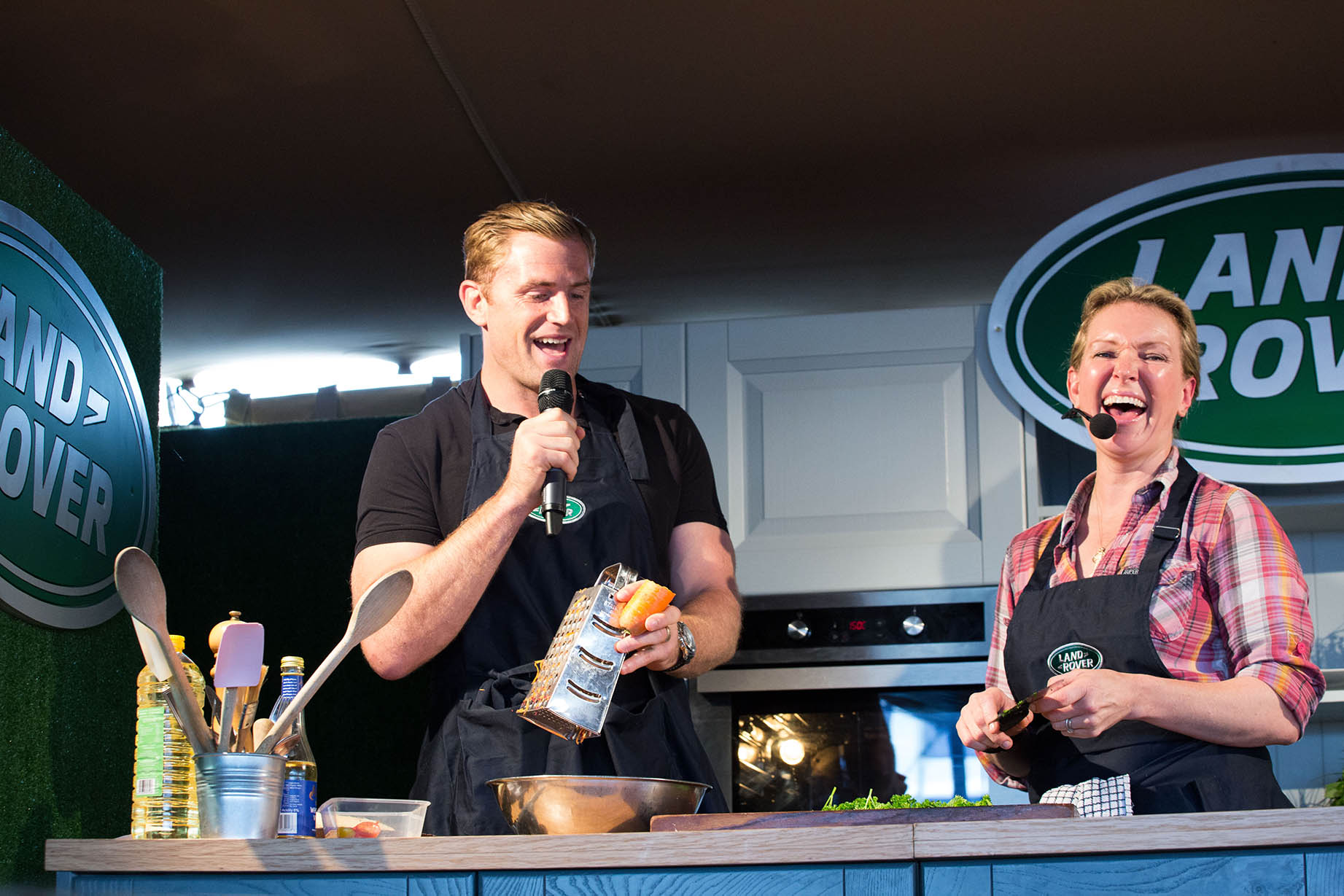 Land Rover will introduce two new models at this year’s Ploughing Championships.  The All-New Discovery, Land Rover’s most versatile SUV yet, combines flexibility with ingenious design and unparalleled performance.  It will be joined by the recently launched new Range Rover Velar.  A brand new addition to the Range Rover family, sitting between the Range Rover Evoque and the Range Rover Sport, Velar adds a new dimension in glamour, modernity and elegance, with Land Rover’s “go anywhere” DNA and unquestionable design pedigree.

Alongside the exciting range of vehicles on display, the Jaguar Land Rover kitchen will host a series of cooking demonstrations with celebrity chef Rachel Allen over the three days of the festival.  Irish Rugby International Jamie Heaslip will join Rachel on Wednesday 20th September for the cooking demo. Attendees and visitors can meet Rachel  and Jamie and enjoy some delicious treats from the Jaguar Land Rover kitchen.

Jaguar Land Rover is located at Block 3, Row, 9, Stand 223. The Rachel Allen cooking demonstrations will take place on Tuesday 19th, Wednesday 20th and Thursday 21st of September at 11am, 1pm and 3pm. Guests are advised to arrive early as spaces are limited.