Irishman Cronin is one of the most successful drivers in British Rally Championship history as the Cork-based driver recorded his fourth title on the Isle of Man last season in an epic last stage dual. The Tarmac titan edged Sweden’s Fredrik Ahlin to the title by a mere one tenth of a second and a single championship point to put him equal with the late-great Roger Clark in the record books.

“Last year was the toughest yet,” explained Cronin. “It didn’t start off too well, we had a lot of bad luck early on with retirements and punctures and we were at a massive low point but we kept fighting and fighting to recover it and we had the perfect outcome on the Isle of Man.”

What’s more, after his 2017 success, the 31-year-old has now lifted the trophy in four different cars with four different co-drivers and Cronin in 2018 will now ‘drive for five’ as he goes for a fifth BRC title to put him level with Jimmy McRae – the most successful driver in BRC’s 60 year history.

“When times are difficult and you are putting a deal and plan together for the year, you don’t necessarily think about what you have done but when everything is sorted and you are enjoying your rallying it is really nice to look back and reflect and remember the success but also the challenging times. To have the name on the trophy is fantastic but to equal a legend like Roger Clark is rather special.”

The Irish driver is the most successful driver of the modern era and has enjoyed a fruitful time in the British Rally Championship since his debut in 2009. Cronin clinched the British crown driving a Mitsubishi Evo 9 at his first attempt in a head-to-head showdown with three-time champion Mark Higgins.

The driver from Ballylickey scooped back-to-back titles a year later at the wheel of a Pirelli-supported Subaru Impreza. After a year’s sabbatical, Cronin retuned with a bang in 2012 to clinch his third title, this time at the wheel of a front-wheel-drive Citroen DS3 before claiming his fab four in 2017 at the wheel of the latest Ford Fiesta R5 from M-Sport. 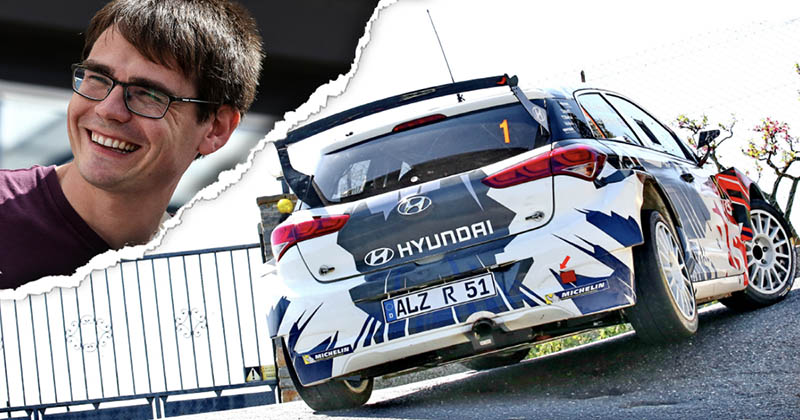 “The best one – that is a tough one as they were all special in there own way.  The first one was special as it was the first but the most rewarding and satisfying was last year. Previously it was either wrapped-up or I held all the cards and it was my own hands. That final event on the Manx last year – we gave it everything. I had to win both events and the rest I had no control over. There were a few scary moments, and riding over hedge was not in the plan! That final stage, we gave it our all and it was unbelievably tense at the stop line, trying to work out whether we had done it or not. When we found out – the relief was indescribable.”

After clinching his latest title with M-Sport in a Ford Fiesta R5 last season – Keith will switch to a Hyundai i20 R5 for the six-round series in the quest to make it five titles with five different marques.

“I’m looking forward to the new challenge and the 2018 season. We haven’t driven the Hyundai yet but we plan to get plenty of seat time in before the Pirelli. We are of course looking for another title and to equal Jimmy [McRae].

“To mount a challenge we are going to need to have a clean run and stay out of trouble. If we didn’t have the problems on the gravel events last year, we would have made it easier for ourselves! The championship looks good and I am looking forward to Ypres as we learnt a lot there and we hope to have an even stronger showing this season.”

Cronin and co-driver Galvin will line-up with the other Prestone MSA British Rally Championship crews on the opening round of the series – the Pirelli International Rally, next weekend (28 April).

“We are delighted to have Keith and Mikie return to the series, to join an already impressive line-up ahead of the first round. The comeback is rather special, especially in our 60th anniversary year and it would make great headlines if Keith could match Jimmy McRae with an impressive five titles. As always, he won’t have it his own way as there are a host of drivers who would all be eager to take the championship spoils in our Diamond Jubilee season.”

Claire Fenton, Head of Marketing for Prestone said: “It’s fantastic to hear that Keith Cronin will be returning to the BRC this year.

“We had the honour of presenting him the winner’s trophy last year after an exhilarating season that ended with an amazing finale in the Isle of Man. We’re looking forward to following his progress this year and potentially seeing him make history with a fifth BRC crown. We wish Keith and his team the best of luck.”

The five-event, six-round series will once more cover the length and breadth of the British Isles in 2018, with rallies in England, Northern Ireland, Isle of Man as well as an overseas round in Belgium for the exciting Ypres Rally. The season curtain call will come on the FIA World Rally Championship round, Dayinsure Wales Rally GB, where the champion could be crowned on the final stage of the season once again.