Bentley has re-created a long-lost car from its illustrious past with a ground-up rebuild of the only 1939 Corniche ever made.

The only car of its type now in existence thanks to the skills of Mulliner, the Corniche was conceived to be a high performance version of the new MkV saloon, itself a technological advance that was due to be launched in October 1939. 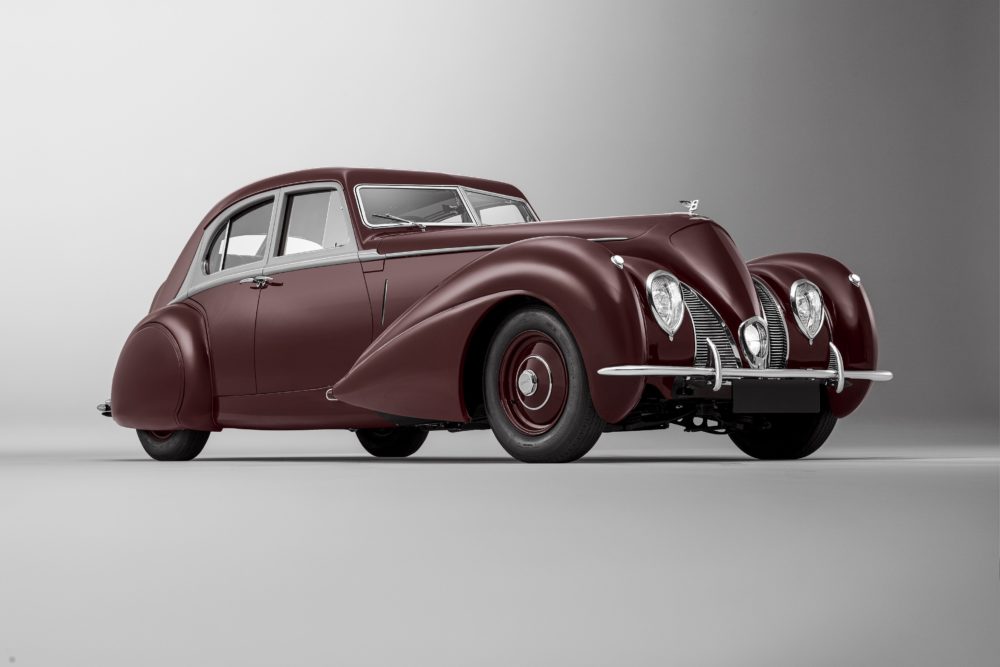 The styling of the Corniche was a radical step forward from the traditional Bentleys of the 1920s and ‘30s, introducing ‘Streamlining’ to help deliver greater speed and performance, and heavily influenced post-war models from the R Type Continental right through to the current Continental GT.

The original Corniche was lost in France in 1939 at the outbreak of World War II. It was extensively damaged in a traffic accident whilst undergoing road tests in France in August 1939. Sent for repairs, the chassis made it home to the Bentley plant in Derby, but the bodywork was destroyed in a bombing raid on Dieppe later in 1939 and was never seen again.

Until now
The project was originally started several years ago by volunteers from the WO Bentley Memorial Foundation and the Sir Henry Royce Memorial Foundation, but was brought in-house in February 2018 under the watchful eye of Chairman and Chief Executive Adrian Hallmark, who asked for it to be completed in 2019 to celebrate Bentley’s centenary.

“The 1939 Corniche was a clear step in Bentley’s design language which is evident when set aside the later and now iconic R Type Continental. It is a pivotal car in the history of Bentley, demonstrating that even then, this great British marque was at the cutting edge of design and technology,” comments Hallmark. “Mulliner’s stunning recreation of the Corniche clearly demonstrates our skill in restoring the greats from Bentley’s back catalogue as well as making beautiful personalised modern Bentleys.”

The project naturally fell to the Mulliner division, where since the 1970s one-off cars have been built for discerning collectors and Royalty, including two State Limousines manufactured in 2002. Today production models are adapted and built to particular customers’ exacting personal specifications.

As Mulliner’s first historic car project, the Corniche has demonstrated the full breadth of the division’s coachbuilding and restoration skills and capabilities.

Using only the original technical drawings and the skills of the men and women of Mulliner, Bentley’s in-house bespoke and coachbuilding division, this unique Corniche has been rebuilt in Crewe using original Corniche and MkV mechanical components and a completely re-made body, identical in every detail to the original. 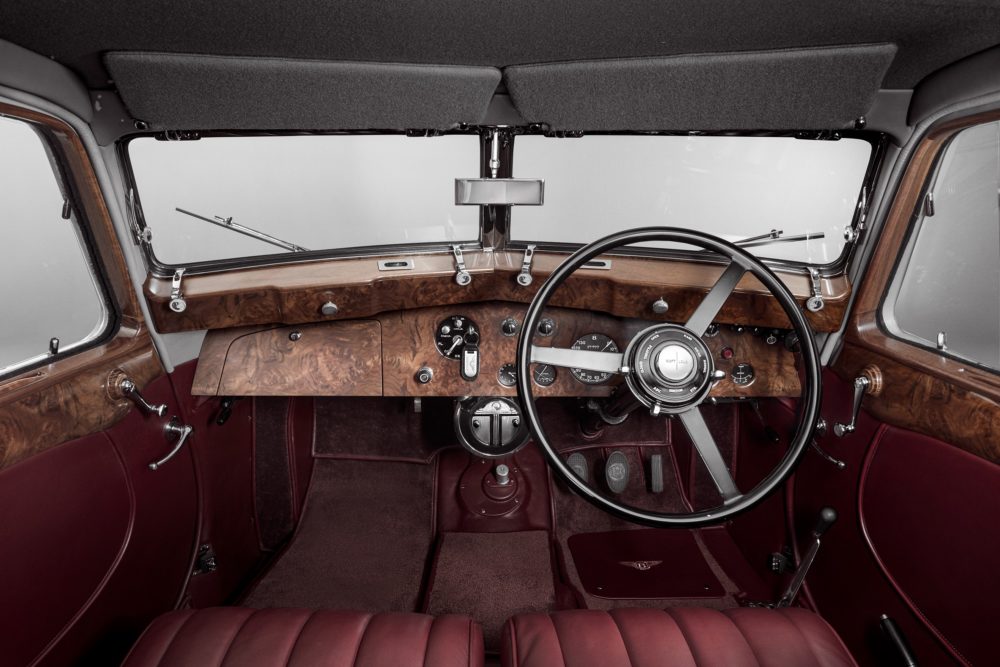 “It’s been a fantastic team effort,” said Stefan Sielaff, Design Director at Bentley and Director of Mulliner. “We have highly skilled craftsmen within Mulliner and around the rest of Bentley Motors, and they all have massive pride in what they’ve achieved with this car.”

The Corniche will make its first public appearance at Salon Privé at Blenheim Palace in September and will join Bentley’s Heritage fleet, which already includes WO Bentley’s 8 Litre and the Birkin Team Blower, to be used and exhibited at events around the world.

Resurrecting an icon
Many of the parts that had been produced to make further Corniche models were kept until the early 1970s before being sold off to specialists and enthusiasts. Then, in 2001, automotive historian and former Bentley director Ken Lea decided to try to use original parts as the basis for a recreation of the Corniche.

The project was based in Derby, with volunteers gathering information and parts to assemble the chassis. In 2008, with the project out of money, Bentley Motors provided an injection of funds, and work started on the ash frame and aluminium bodywork with coachbuilders Ashley & James in Lymington, Hampshire. The body was created from the outline drawings given to the project by the family of the car’s original designer, George Paulin.

The project continued to make slow progress until it was brought in-house to Mulliner at Bentley Motors at the request of new Chairman and CEO Adrian Hallmark.

The project to re-create the Corniche was overseen by a team of four: Ken Lea; Robin Peel, Head of Heritage; Ian Broomhall, Mulliner Operations Manager and Glyn Davies, Mulliner Special Projects leader. Many team members from Mulliner and across the wider Bentley Motors business dedicated their personal time to work on the Corniche, and staff from other divisions joined in.

The Mulsanne body-in-white team, where panels are still hand-formed, helped with final detailed finessing of panels; the paint laboratory spent many hours producing colour samples of the main body colour of Imperial Maroon and the side flash of Heather Grey from the limited descriptions available; Head of Interior Design Darren Day and his team produced CAD designs for the seats and door trims derived from detailed historical research; and the Mulliner trim team worked from the designs to create a period-appropriate interior in typical Vanvooren style, using the correct Connolly Vaumol hide, West of England cloth and the carpet from a roll discovered stored away on site.

In the Mulliner workshop, Mulliner Master Carpenter Gary Bedson devised a steam booth to allow him to bend sections of wood for the interior window surrounds, often spending over an hour wreathed in steam just to attain a few degrees more curvature. Other team members worked hard to re-create the front grille, using CAD to analyse airflow and design each individual slat, which were then hand-formed by skilled metalworkers over a period of three months.

Six Mulliner apprentices, one of whom even created an authentic tool tray for the boot of the Corniche, were also involved throughout the car’s time with Mulliner.

Every aspect of the project received Mulliner attention. From the special paint mixes – named Imperial Maroon and Heather Grey – to the unique interior trim, the accessories such as the tool tray and even the Mulliner tread plates on the door shuts were created from scratch. 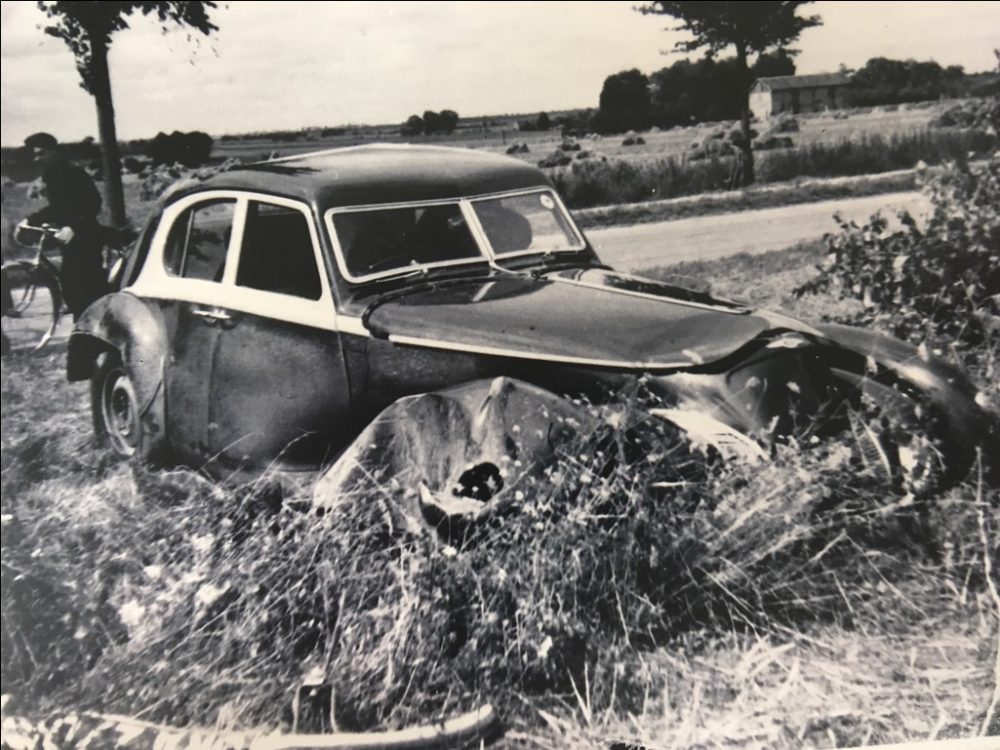 The original 1939 Corniche
In the late-1930s, Greek racer André Embiricos commissioned a sporting Bentley, based on the old 4¼ Litre chassis. It was styled by talented designer Georges Paulin, and built by French coachbuilder Pourtout. Although privately commissioned, it was much-admired and secretly encouraged among Bentley engineers and management, who were convinced that the factory should produce a more sporting version of the forthcoming MkV saloon.

It was agreed that the Corniche should be built to investigate the idea. It would have a lightweight chassis, built from thinner-than-standard gauge steel, fitted with a tuned version of the MkV engine matched to an overdrive gearbox created to suit. The Corniche was built as a collaboration between Bentley and third parties such as Georges Paulin, the French car designer who designed the bodywork and Carrosserie Vanvooren in Paris who made the bodywork.

The car was completed by May 1939 and tried out at Brooklands race circuit, where it achieved well over 100mph – a significant improvement on the standard MkV. Streamlining had only just started to be adopted on production cars of the period, so the smooth lines of the Corniche were ahead of their time. It had at least been recognised that the huge upright radiator of a traditional Bentley adversely affected the top speed, and the smoothed nose of the Corniche was a direct reaction to that understanding.

The pillarless body, with front and rear-hinged doors was also extremely innovative for the period, and the complicated curves of the front wings and the long sweeps of the rears were a long way from the typical designs of the period. In staid 1930s Britain, this was pure fantasy-made-real.

After Brooklands, the Corniche went to France for road testing, but in July 1939 it was damaged by a bus and returned to Vanvooren for repairs and body improvements. When completed, on August 8, it was collected by a Bentley test driver, who headed straight for the Bentley depot at Chateauroux where the testing was based. It was as he neared the HQ that a car pulled in front of the Corniche, causing the Bentley test driver to swerve and hit a tree. The car rolled onto its side, causing extensive damage.

The Corniche was due to be displayed at the Earls Court and Paris motor shows later that year, so there was no time to lose. The body was removed from the chassis, and the chassis returned to Crewe, while the body went to a local repair shop in France.