The Ulster pairing of Peadar Hurson and Damien Connolly completely dominated the Galway MC Lady Gregory Hotel Summer Rally at Gort on Sunday, with theirFord Fiesta leading from start to finish as they built up a lead , of more than half a minute over last year’s Triton Showers National Rally champions Roy White and James O’Brien. 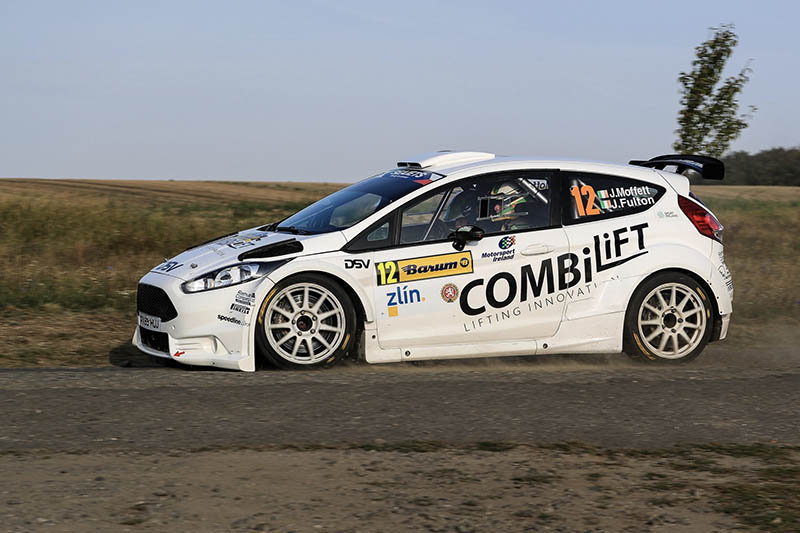 Josh Moffett in action in the Czech Republic from the weekend. Suffered heavy suspension damage on the final stage yesterday but made running repairs and finished 18th overall and 4th in the ERC U28 Junior category

Three times National title holder Niall Maguire brought his Impreza home in third place, another 39 seconds down, with the new combination of Stephen
Wright and Karl Atkinson fourth in yet another Fiesta. Gary Kiernan was the winner of the rally.ie two wheel drive award, taking fifth overall in his Escort.

Ireland’s Young Rally Driver of the Year Josh Moffett recovered from Saturday’s suspension problems on his Combilift Fiesta to finish fourth in
the Under 28 Junior category of the European Rally Championship round in the Czech Republic.

At Mondello Park, veteran all-rounder Steve Griffin, who has been motor racing for more than fifty years, scored a double at the Historic Festival
meeting when he ran away from the opposition in Liam Plower’s MG Midget to easily win both races.