Mullingar RFC, Monivea RFC, Ballincollig RFC and City of Armagh RFC have been confirmed as the four winners of Honda’ Powering Local Dreams Minis “Play the Final” competition in association with the PRO14 rugby final series.

As the official car partner of the Pro14 Final Series, Honda wanted to support local mini’s rugby clubs in Ireland by giving them the chance to play at half-time at the final of the Pro14 in the Aviva Stadium on May 26 in front of over 50,000 fans and receive a jersey signed by their provinces rugby stars. 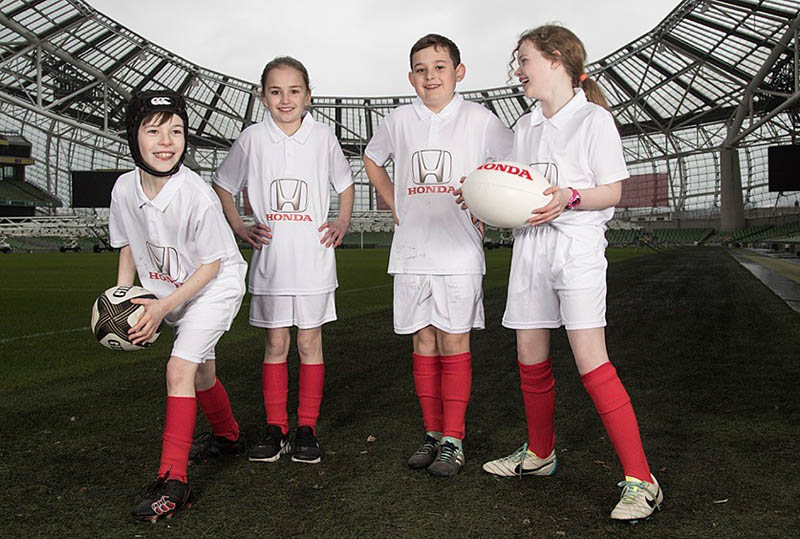 There was an overwhelming response to the ‘Play the Final’ competition with many rugby clubs around Ireland putting their best foot forward and submitting a video explaining why they should play at the PRO14 final. The judges had a very difficult job whittling down the entries to just three from each province which was then put out to a public online vote.

Mullingar RFC U12s minis team will be representing Leinster, Monivea RFC minis will be lining out for the province of Connaught, Ballincollig RFC will be taking part on behalf of Munster with City of Armagh RFC representing Ulster. The four teams will be togging out at 6.45pm in the Aviva Stadium.

John Saunders, Sales and Marketing Director, Universal Honda Ltd. “As part of our ‘Powering Local Dreams’ community initiative, we are delighted to be giving our 4 winners the chance to play half time at the PRO14 Final in the Aviva Stadium. We would like to thank every club, community, player and parent for supporting this competition and giving it the overwhelming response we received. Best of luck to our 4 teams on the 26th of May”.