According to new research commissioned by car sharing provider, GoCar, one of the Europcar Mobility Group Brands, just under half (48 per cent) of Irish motorists view the high cost of running a car as the most compelling reason to choose car sharing. 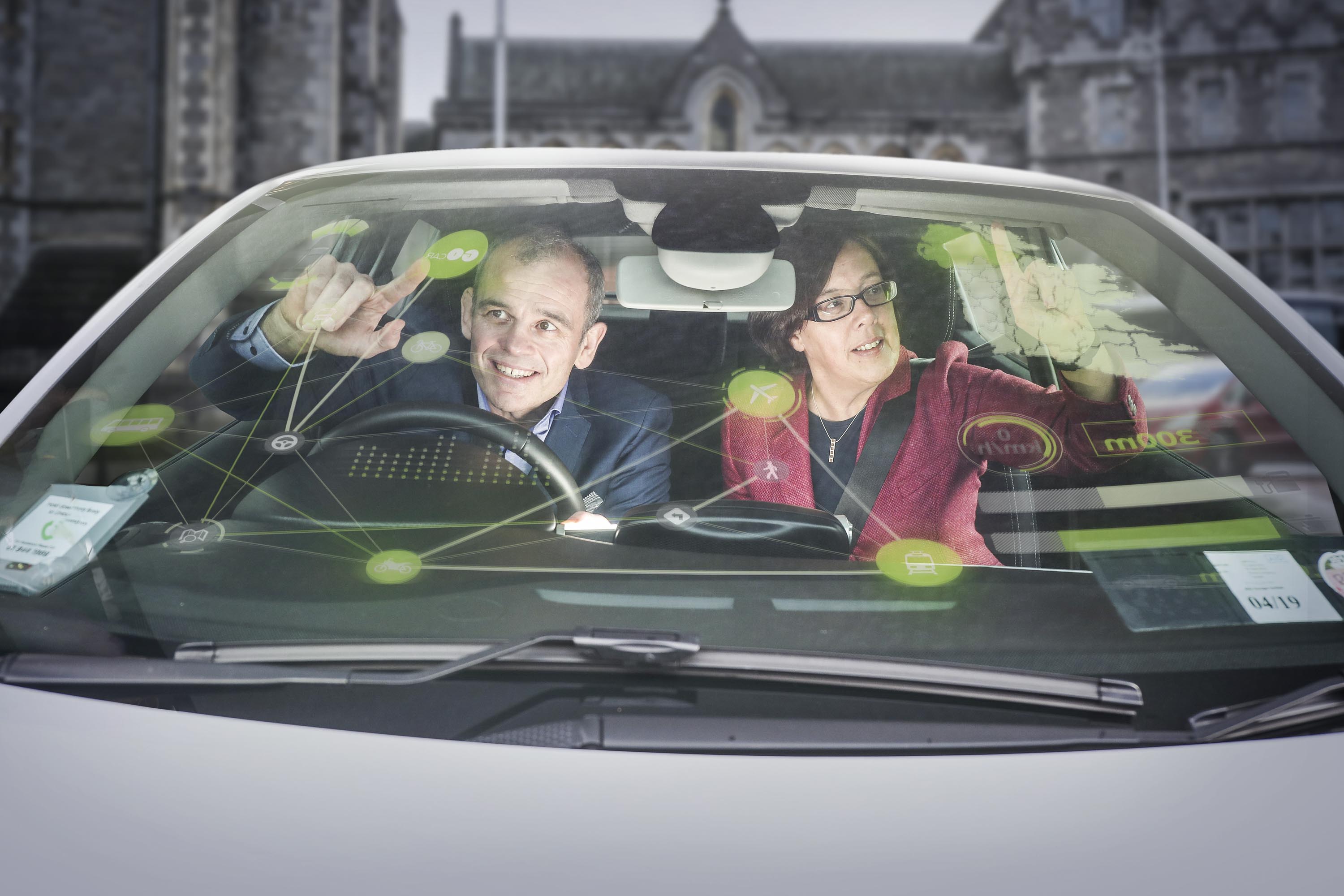 Colm Brady, MD of GoCar and Europcar Mobility Group Ireland, and Anne Graham, CEO of the National Transport Authority, at GoCar event The Future of Multimodal Transport in Ireland.

Having launched in 2008, GoCar has been car sharing in Ireland for a decade. It’s a major milestone for the Irish company, which in the past year launched the service nationally and doubled its fleet.

The research shows that two-thirds (66 per cent) of Irish people want to see a reduction in the number of cars on Irish roads, citing the need to ease traffic congestion and protect the environment.

The majority (51 per cent) of people rate the costs associated with car ownership (including tax, fuel, repairs) as the most stressful aspect of owning a car while sourcing suitable and affordable insurance is the biggest concern for 20 per cent of the public. The high cost of insurance premiums would make over a third (39 per cent) of people in Ireland consider car sharing rather than car ownership, according to GoCar.

GoCar adds that 68 per cent of people view the lack of viable and affordable transport alternatives as the biggest barrier to a car-free life, with over half (52 per cent) of people in Ireland dissatisfied with the quality and availability of public transport.

The biggest benefit of car sharing, according to half (48 per cent) of Irish people is cost effectiveness, with one in five (20 per cent) citing environmental friendliness and one-sixth (16 per cent) citing the ease of accessing shared vehicles. GoCar says its research found that 68 per cent of respondents believe that Irish drivers should chose transport options that limit environmental damage. 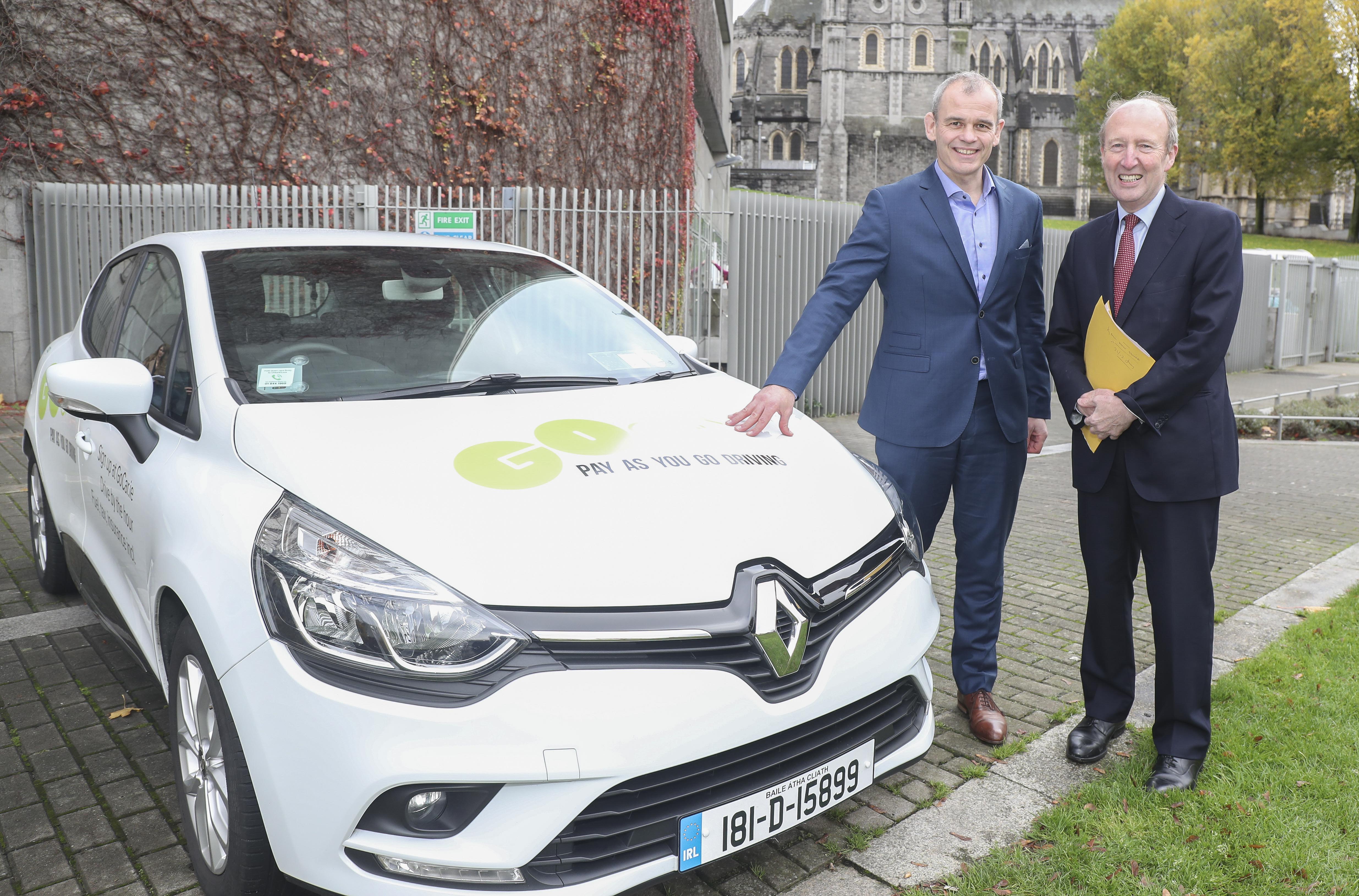 Colm Brady, MD of GoCar and Europcar Mobility Group Ireland, and Minister for Transport, Tourism and Sport, Shane Ross TD at GoCar event The Future of Multimodal Transport in Ireland.

Since GoCar launched in Ireland ten years ago, the company says that the number of people using its service has grown to over 30,000 nationally, with over 450 GoCar vehicles on Irish roads.

Recent initiatives from the company include a corporate car pool scheme and a partnership with the NTA to enable Leap Card access. The company says it plans to double its fleet again in 2019, growing to 1,000 cars on the road.

Commenting on the research, Colm Brady, Managing Director Europcar Mobility Group Ireland said: “Irish people recognise the need to reduce the number of cars on our roads for a multitude of reasons, chief among them the high cost of running a car, traffic congestion, and environmental concerns. Car sharing provides a great alternative to owning a car – it’s convenient, cost effective, and has a lower impact on the environment.”

He adds: “We are delighted to be celebrating GoCar’s tenth anniversary this year. GoCar is committed to making car sharing accessible to as many members of the public as possible, and over the last ten years we have done just that – expanding the service nationally and growing our user base to over 30,000 people.”
In recognition of its tenth anniversary, GoCar says it is offering free sign ups and €10 off first journeys to new users for the month of November. For more information, visit www.gocar.ie.