“The Art of Light” film by lighting and electronics expert Hella received two silver OttoCar awards at the AutoVision International Automotive Film and Multimedia Festival, in the categories “Product films: Suppliers” and “Research & Development, Environmental Protection, CSR”. The OttoCar awards were presented on 14th September, during IAA 2017 in Frankfurt.

AutoVision is an international festival for industry films, commercials, websites and interactive applications in the automotive industry. The competition is an initiative of Filmservice International and is supported by the German Association of the Automotive Industry (VDA). The coveted OttoCar awards are presented every other year. 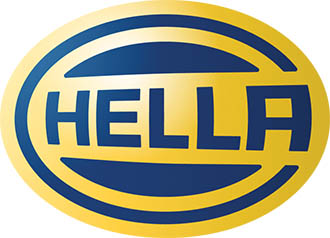 In its film “The Art of Light”, Hella introduces its Liquid Crystal HD headlamp technology. As part of the company’s on-going lighting research, the automotive supplier has, for the first time, integrated a liquid crystal display (LCD) in an LED headlamp.

The great resolution and sharpness of detail the development achieves enables highly complex lighting functions, such as fading out or dimming individual segments, as well as the projection of protective zones. “These functions will also be relevant for autonomous driving”, says Kamislav Fadel, Member of the Executive Board Business Division Lighting, who accepted the award on behalf of the company.

Hella plans to serialise the LCD headlamp and gradually expand the number of pixels it projects onto the road from the current 30,000 to approximately 50,000.