As messrs Clarkson, Hammond and May battled it out on screen to take the honours, it was Hella that took central stage in the first The Grand Tour Christmas special, which this year featured the iconic Beach Buggy as the star vehicle in which the three had to undertake their infamous challenges. 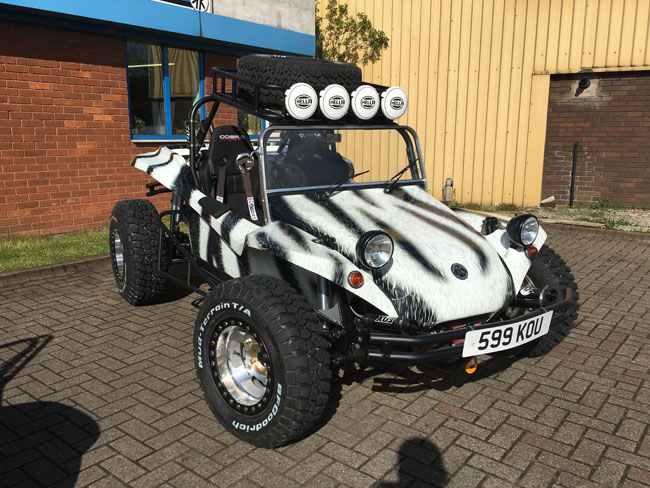 The ex-Top Gear team has been taking the plaudits since their new series launched with so much anticipation on 18th November. Following its first airing, new viewers have been flocking to subscribe to Amazon Prime to catch up with the trio’s latest exploits under The Grand Tour guise and their annual Christmas special, which has now become something of an international institution, was therefore viewed with even greater anticipation.

Looking to optimise the performance of their steeds, it was Hammond, of the three the true off-road enthusiast, who chose to ensure that he could see what was ahead and take the lead during the night running, by fitting his buggy with a full set of rally lights, and where else would he turn, but to Hella, the lighting specialist with a heritage and reputation like no other, to source exactly what was needed.

It isn’t by accident that over the decades, a host of rally drivers and their teams, including the revolutionary Audi Quattros piloted by World Champions Hannu Mikkola and Stig Blomqvist, have relied on Hella for their successful campaigns. So Hammond was following in the footsteps of those who really knew what they needed to get the job done.

Although Hella still leads the way in vehicle lighting, the original equipment (OE) manufacture and systems supplier is actually a major player across a wide range of product groups, with a bias towards electronics, where it is a world leader.

For more information about the OE quality products available from Hella or for Behr Hella Service, please call the sales team on: 01295 662400 or email: Hella.sales@Hella.com