With this version, the current Ultra Beam series is extended by a light-optimised second generation in LED technology and, thanks to a much higher light output of 4,400 lumen, the Ultra Beam LED Gen. 2 can easily replace the xenon work lamps. 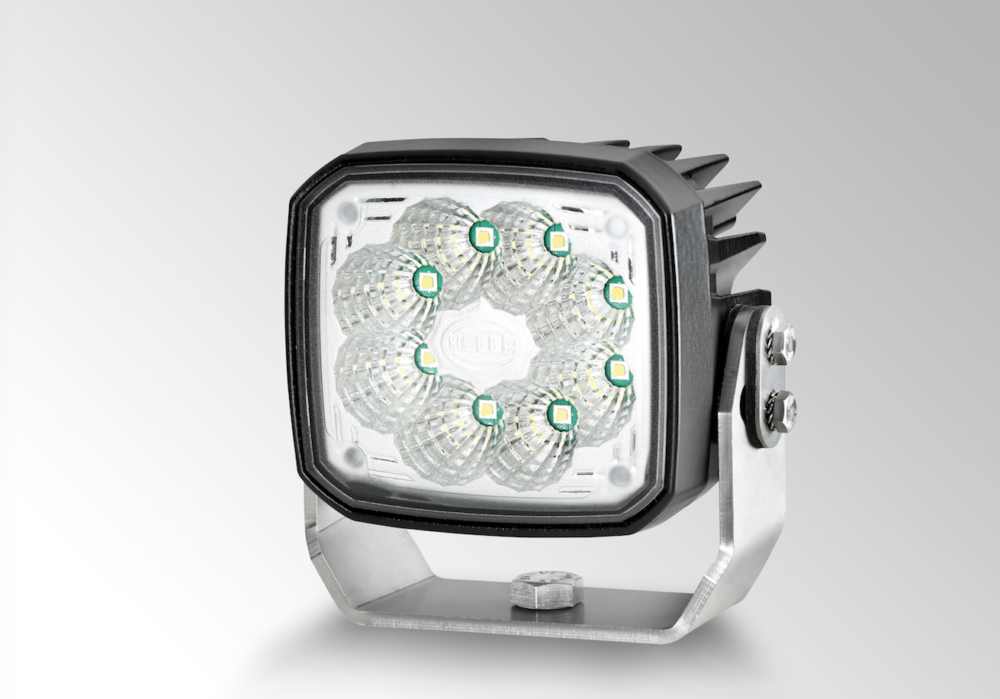 The light is distributed by a specially developed multi-faceted reflector that ensures homogeneous illumination and is available in different light distribution options making it suitable for a wide range of applications. Despite the impressive output, the Ultra Beam LED Gen. 2 uses just 50 watts compared to the 56 watts the current version consumes.

Furthermore, the light quality from the LED work lamp is very similar to daylight, which helps to distinguish colours more easily in the dark, making working at night easier and preventing eyes from tiring quickly.

To ensure sufficient heat dissipation from the eight high-power LEDs, the black housing is made of aluminium and incorporates cooling fins. Additionally, a temperature sensor protects the lamp from overheating, as this is the only way the long service life of the LEDs, which is up to 30 times longer than a xenon gas-discharge lamp, can be exploited.

Featuring electronics to protect the device in the event of polarity inversion the Ultra Beam Gen. 2 guarantees constant brightness, even when the operating voltage fluctuates between nine and 32 volts.