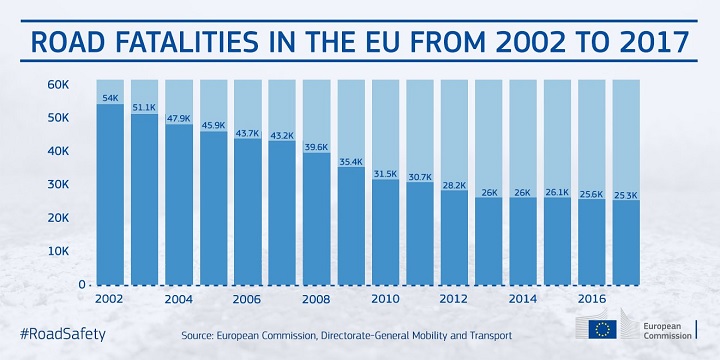 Violeta Bulc, the EC’s commissioner for transport, said: “Road safety is of course a responsibility shared with the member states, but I believe that the EU can do more to better protect Europeans.

“The Commission is currently working on a series of concrete measures that we plan to announce in the coming weeks. The ambition is clear: saving more lives on our roads.”