GS Yuasa will supply REAPsystems with Lithium-ion batteries for an innovative Venetian hybrid water taxi that is currently in development. 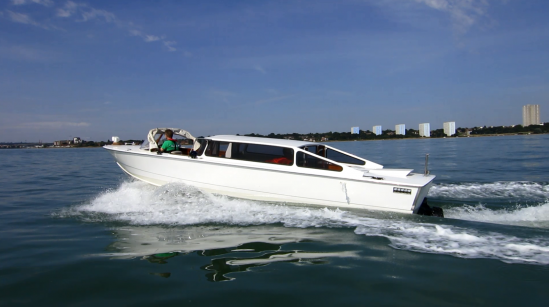 Since raising government support in 2015, Southampton-based REAPsystems have been a pioneer in the development of a diesel-electric hybrid propulsion system for boats and watercraft, designed to reduce both noise pollution and exhaust emissions.

This retrofitted water taxi will be used in Venice to take tourists from the airport to the city centre.
The UNESCO World Heritage Site of Venice has historically relied on diesel power to propel the lagoon city’s water taxis to ferry tourists along the canals. The sustained effects of this has led to a wide-spread pollution problem within the city as well as increasing the speed at which erosion damages the city’s architecture.

REAPsystems’ hybrid system uses a combination of an ultra-efficient diesel engine, used to provide power when out at sea and to re-charge the hybrid system’s batteries, alongside GS Yuasa’s proven Lithium-ion battery technology, reducing wake, noise and exhaust emissions.

In pure electric mode, the system not only benefits from zero emissions and low noise, it also provides improved levels of safety. The vessel speed can be controlled smoothly down to less than one knot, removing the difficulty in low speed manoeuvrability often seen in diesel propelled vessels – beneficial when navigating Venice’s narrow waterways. Designed with sustainability in mind, the system can also be retrofitted into existing watercraft.

The prototype, itself a major rebuild of the 2016 demonstrator, will be built and tested in Southampton before making its way to Venice for a feasibility study. The design and development of the innovative project is to be informed by lessons learnt during REAPsystems’ work on a Cornwall-based hybrid passenger ferry, which launched in Falmouth this summer – a project which also uses GS Yuasa’s battery technology. 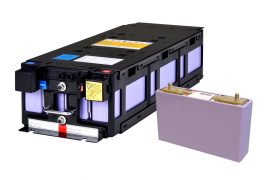 James Hylton, managing director at GS Yuasa Battery Europe Ltd, said: “As a leading battery supplier we’ve been involved in developing cutting-edge Lithium-ion technology for a variety of applications. Our constant development has helped automotive manufacturers develop cleaner, more efficient vehicles and it’s exciting to be able to bring our experience and technology to the marine sector.”

The first stage of thisproject is to fit the electronics system ahead of initial testing and a launch event in spring 2020.