GS Yuasa is calling on everyone to help raise awareness of testicular cancer having announced a new partnership with OddBalls.

The battery manufacturer is donating £5k to the cancer charity and launching limited edition GS and Yuasa OddBalls bobble hats, which they are encouraging people to wear and share online to spread the message. 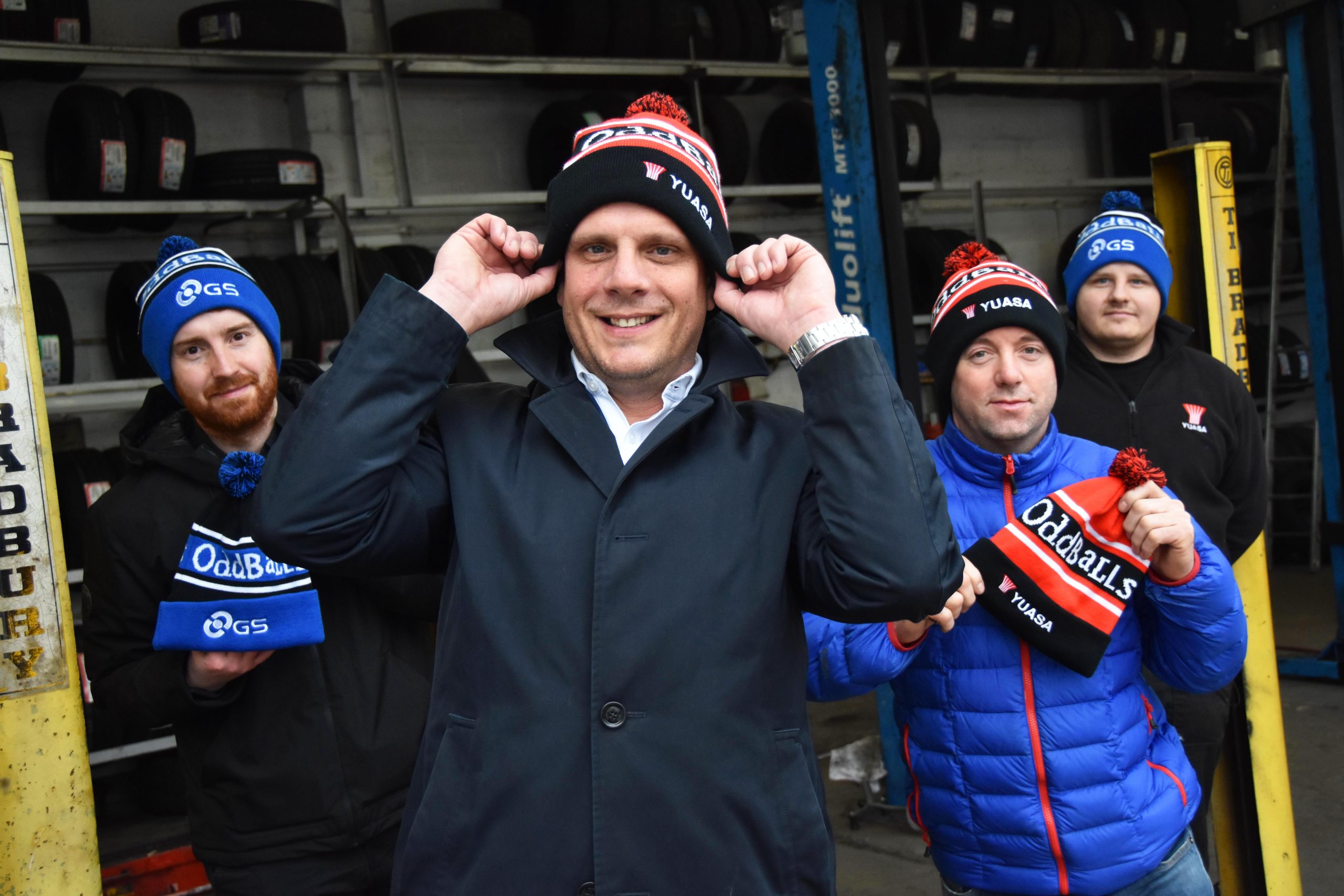 It’s well known that most industries that use GS Yuasa’s batteries, including automotive, motorcycle and industrial markets, are primarily occupied by men, meaning the OddBalls message is of huge importance to all. Roughly six men a day are diagnosed with testicular cancer, with incidence rates increasing by more than a quarter over the last two decades.

Following the wide-spread success of their high-profile ‘Always Check the Battery’ scheme, GS Yuasa have now launched ‘Always Check Your Balls’. It is hoped that this fun twist on the message will highlight the importance of conducting regular self-exams as well as raise awareness of OddBalls.

Jon Pritchard, General Sales & Marketing Manager at GS Yuasa Battery Sales UK said: “For the last four years we’ve been encouraging workshops to always check the battery, now we’re encouraging them to always check their balls. We also want everyone to get involved and help us spread the message far and wide by posting a fun picture of themselves online wearing our fantastic Oddballs bobble hats.

“Testicular cancer affects over 2,300 men every year, with the highest rates seen in men aged between 30 to 34 – it’s also 98 per cent curable if detected early. OddBalls have done a fantastic job of raising awareness and encouraging men to regularly check themselves, something our £5,000 donation will ensure they can continue.”