GS Yuasa Battery Sales UK Ltd have been awarded Car Supplier of the Year 2017 by the Independent Factors Association (IFA), one of the largest factor buying groups in the UK.  The award was presented at the IFA Annual Awards Dinner on Saturday 2 December. 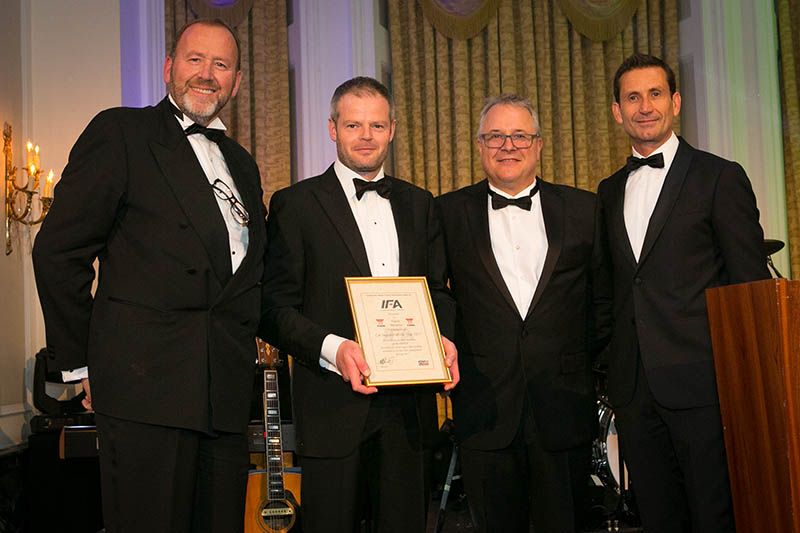 The prestigious award is voted for by the Directors and Members of the IMTFA and is awarded for achieving a class leading standard of service and commitment during 2017.

GS Yuasa have been supplying IFA members with Original Equipment Yuasa and GS automotive, CV and motorcycle batteries since 2008. This year’s IFA Car Supplier of the Year Award follows the battery manufacturer being highly commended as runner up at last year’s event.
IFA Members are experts in the supply of vehicle parts to garages, workshops, car and van dealers, road haulage operators and to the general public. Owned and run by its Members, the IFA group is driven to succeed in every aspect of the automotive aftermarket and to forge strong partnerships with customers and suppliers alike.

James Hylton, Commercial Director of GS Yuasa Battery Sales UK Ltd, commented: “We are absolutely delighted to have been awarded IFA Car Supplier of the Year 2017. This is truly a team award, everyone in this business has contributed to taking us to a position where we are consistently being recognised by our customers as a top supplier.

“We are UK market leader for automotive, motorcycle and industrial batteries and the number one choice for quality, reliability and performance. We work very hard to ensure that our products, supply and support is the very best in the automotive industry and for our hard work to be recognised in this way is fantastic.

“We are however never complacent! Our team will be working hard to make sure we continue and improve our high standards to best serve our customers. We are aiming to retain this award again next year and will also try to pick up a few other customer awards as well.”