As part of a series of 25 year anniversary celebrations and activities Diamondbrite has conceived the Great Diamondbrite Tour which will see various relay drivers take turns at the wheel of the Diamondbrite Golf R Grime car as its zig-zag the length and breadth of the UK. 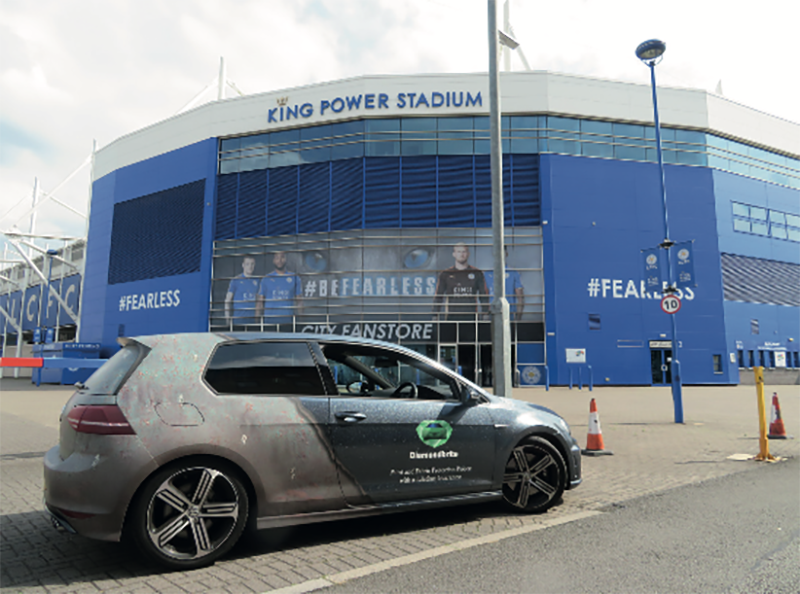 With planned stops at various Diamondbrite dealerships, the car will move between various famous landmarks, also taking in key automotive and motorsport events along the way.

Diamondbrite’s Golf R ‘Grime Car’ will be exposed to everything the British weather can throw at it – hopefully serving as a rolling celebration of Diamondbrite products – both paint and interior protection and the fantastic retail range.

The Tour can be followed on social media as various Diamondbrite relay drivers take turns putting in the miles.

The car will also visit motorsport events to support Diamondbrite sponsored race teams including the Halfords Yuasa Honda Team in BTCC, and the VW Cup and VAG Trophy which Diamondbrite are headline sponsors for.