Mirka has opened a new subsidiary in Belgium, Mirka Belgium Logistics in Opglabbeek. The new facility including the warehouse and the belt converting unit has a staff of 73 employees.

Over the last few years, one of Mirka’s largest distribution warehouses has been in Opglabbeek in Belgium, and operated by DHL Supply Chain. 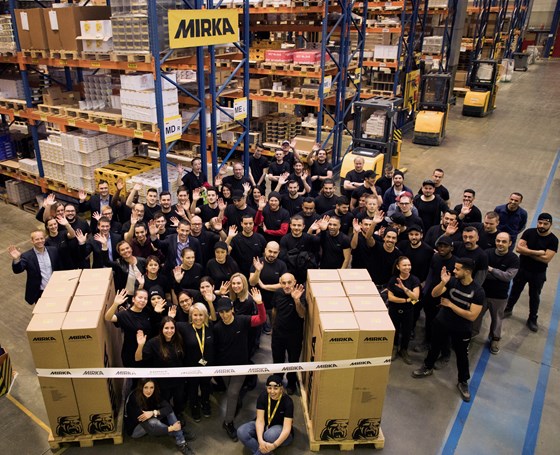 The volumes processed in the warehouse, which supplies Mirka’s European subsidiaries with products, have grown enormously over the years.

When the outsourced warehouse agreement in Belgium expired at the end of 2017, Mirka made the strategic decision to insource the operations. Since Mirka also has belt converting taking place on the same site the insourcing decision was the most beneficial option from both a financial and operational perspective.

“Since the volumes have grown rapidly during the past years this was the optimal solution and gives us new opportunities to further develop our operations and logistic processes,” says CEO Stefan Sjöberg.

Mirka now has subsidiaries in 18 countries all over the world and with products being sold in over 100 countries, a global market presence and an efficient logistic network is essential.