New research has revealed that while full-electric motoring looks to be some way in the future for most people, 37 per cent of people will buy an electrified car next time around. The survey of 690 Irish car drivers intending to purchase a new or used passenger vehicle within the next 24 months found that 26 per cent of respondents are likely to opt for self-charging hybrid electric cars, making them now the second most popular car choice after petrol.

On the topic of what power train people intend purchasing for their next car, petrol ranked highest at 38 per cent, followed by self-charging hybrid electric at 26 per cent, diesel at 25 per cent, full-electric at 7 per cent and plug-in hybrid at 4 per cent.

Commenting on the overall survey findings, Steve Tormey, CEO of Toyota Ireland said: “In my opinion, one of the key take-outs from the research is that despite the incentives on offer for electric and self-charging hybrid electric vehicles, adoption has been slow and if we are to progress at pace towards a zero emissions driving environment more may need to be done to ensure that customers are considering alternative powertrains and moving away from fossil fuels.”

The future is electric…but not yet:

According to the research, a mere 7 per cent are likely to choose full-electric for their next car purchase.

Of those who said they were unlikely to purchase an electric car in the near future, when asked about their longer-term potential to purchase full-electric, 2 per cent could see themselves moving into full-electric within three to five years, 19 per cent within six to 10 years and 24 per cent within 11 to 15 years. Rounding these figures up and adding in the 7 per cent of respondents who are likely to choose an electric within the next 24 months, in theory it will take until 2033 for 52 per cent of the current driving population to likely make the switch to electric.

Commenting on the survey findings on electric power trains, Steve Tormey said, “At Toyota we agree that zero emissions motoring is the future, and electric and hydrogen fuel cell powered cars should be widely embraced for the sake of our planet and future generations. Like any new technology it takes time for mass consumer adoption. This is something we saw with self-charging hybrid electric vehicles.” 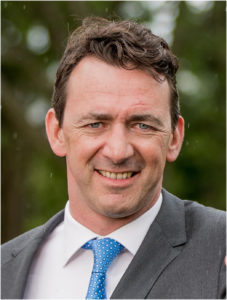 “However, I do believe that full electric mass adoption will come earlier than the survey suggests given advancements in technology, a more widespread roll-out of charging stations and the fact that we will have younger, more environmentally conscious generations joining the motoring ranks year on year.”

Preference for hybrid electric vehicles has now out-passed diesel as more than every fourth survey respondent (26 per cent) intends to opt for a cleaner and more efficient hybrid car. Looking to the future, 73 per cent believe hybrid to be the smartest option for the next five to 10 years – a number which jumps to 89 per cent for 18 to 34 year-olds, while 63 per cent embrace the environmentally sustainable credentials, 44 per cent value its cost-effectiveness compared to other power train options and 34 per cent cite its higher resale value potential.

Commenting on the adoption of self-charging hybrid electric vehicles, Steve Tormey, said: “With self-charging hybrid electric you have the benefits of zero emissions as up to 50 per cent of the time the vehicle is in electric mode. Given that 50 per cent of Toyota sales are self-charging hybrids electrics, it’s the equivalent of selling between 15 – 25 per cent pure electric vehicles, without need for plug-in infrastructure. For these reasons, it is our strong belief that hybrid represents the best immediate potential for a cleaner and more sustainable motoring solution as we move towards full-electric in the longer term. This viewpoint seems to be clearly reflected in the research findings.”
Diesel: According to the survey preference for diesel passenger cars has fallen to 25 per cent. Of those, 81 per cent will choose diesel for its perceived cost-effectiveness, 35 per cent believe it’s the best option for their needs today and 32 per cent believe it has the best comparative resale value. 25 per cent believe it’s the best option for the next five to 10 years.

38 per cent of potential car buyers intend to buy a petrol engine car within the next 24 months. Of those, 44 per cent cited cost-effectiveness as their top reason, followed by 42 per cent who will opt for petrol as it is what they know best and have used most often, and 34 per cent believe it best suits their needs today. However, when looking to the future a lower 23 per cent believe it’s the best option for the next five to 10 years.

Commenting on the current preference for petrol, Steve Tormey said, “Given the damage that high levels of CO2 have on the environment it is quite concerning that the research has found that petrol power trains are likely to be the most popular for some time. It is quite telling that 42 per cent of those who say they are likely to choose petrol for their next car will make the choice as it’s what they know best, which suggests that more education on the benefits of hybrid and full-electric is required, and conversely on the dangers of CO2 to the environment.”