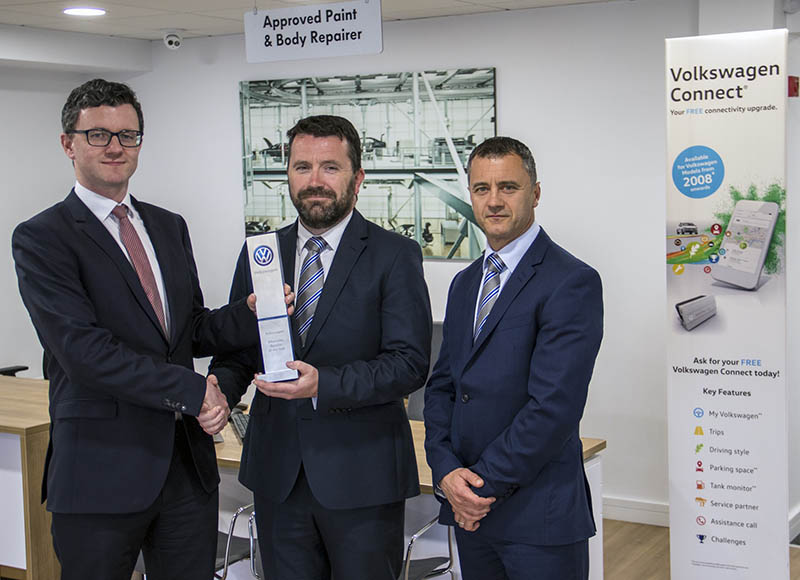 It is also the second time that they have received the Aftersales Retailer of the Year Award, claiming that honour in 2015 for their Liffey Valley premises.

Head of Volkswagen Aftersales, Ian Treacy said: “The prestigious Aftersales Retailer of the Year award recognises the very best national performer in a range of areas that reflect the professionalism of the dealer and the levels of customer satisfaction provided.”

Commenting on the award, Aftersales Director Trevor Dalton said: “Winning this prestigious award is a fantastic achievement and a very proud moment for the entire team at Frank Keane Volkswagen. Having won the award in our Liffey Valley branch in 2015, it’s great to see our Deansgrange branch achieve this award too. It shows the team’s continuous commitment to professionalism and dedication to delivering the highest customer care”.