Fort Motor Group has expanded its presence in Dublin to four dealerships, with the opening of a new outlet in Blanchardstown. The dealership, which comprises a 14,000 sq. foot sales showroom complemented by a state-of-the-art service and aftersales centre, will trade as Fort Motors Blanchardstown. 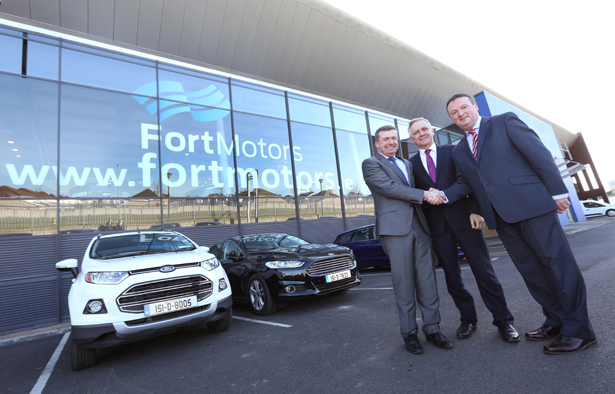 The facility was officially opened by SIMI Chief Executive Alan Nolan earlier this month and is located in Coolmine Business Park on the site of the former Blanchardstown Ford, a stone’s throw from the Blanchardstown Centre, M3 and M50.

Sales Manager Paul Nugent, who has been with the Fort Group for 10 years, says “We are delighted with the response so far. Right from the first day we have been busy – it’s clear that people in the area are happy that the site is open again for sales and service. Also, with the shopping centre attracting people from far and wide, our reach extends to a commuter belt well beyond Blanchardstown itself. We are something of a gateway to the Capital.”

With four dealerships now in operation, the Fort Motor Group is planning a dedicated commercial vehicle centre for later in the year. The Group was established 56 years ago this month by Chairman Cyril Molloy on the Cromwellsfort Road in Walkinstown, and are among the longest-standing Ford dealers in the country.