Ford has unveiled their heavily revised Ranger pick-up, which is set to go on sale in Ireland this spring. It says that the new European Ranger offers enhanced performance, fuel efficiency, plus advanced connectivity and new driver assistance technologies have been introduced. 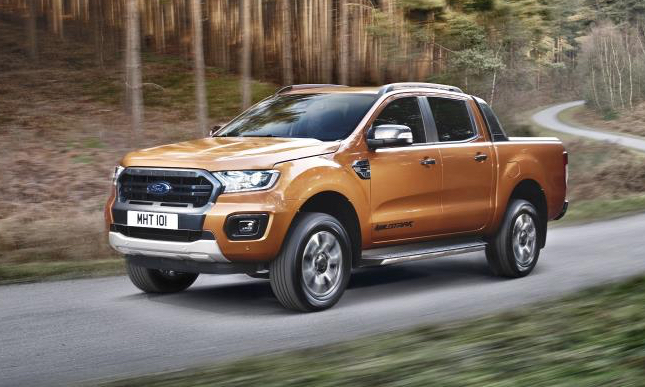 As well as minor styling tweaks, the latest Ranger gets LED daytime running lights and a different radiator grille, along with a new range of exterior colours.

The most significant changes are under the bonnet, with the old 2.2 and 3.2-litre engines being replaced by one 2.0-litre EcoBlue Euro 6 diesel with two power outputs – 128bhp and 168bhp. It also comes with increased torque and the ability to tow up to 3.5-tonnes.

A flagship 210 bhp bi-turbo engine will be available in some markets later, probably in the performance ‘Wildtrack’ version of the truck.

Buyers will have a choice of six-speed manual or 10-speed automatic gearboxes, while Ford is also introducing a new feature called Active Noise Control, which aims to reduce noise intrusion into the cabin.

For the first time, it will be available with FordPass Connect – offering Wi-Fi for up to 10 devices, remote functions and a ‘find my vehicle’ function, along with Ford’s SYNC3 system, which allows Apple CarPlay and Android Auto pairing.