Speaking about the year-long sponsorship agreement, Ciarán McMahon, Chairman and Managing Director of Ford Ireland, said: “We are delighted to be named title sponsor of the hugely popular Dermot & Dave Show. Like the legions of other listeners of the show, I really enjoy the interaction between Dermot & Dave on the radio and we are excited to reconnect with the lads following their involvement in past promotions with Ford, including last year’s ‘Find a Ford’ activation and the 2016 Mustang Run event with son of Steve McQueen, Chad McQueen, that marked the arrival of the iconic Mustang in Ireland”. 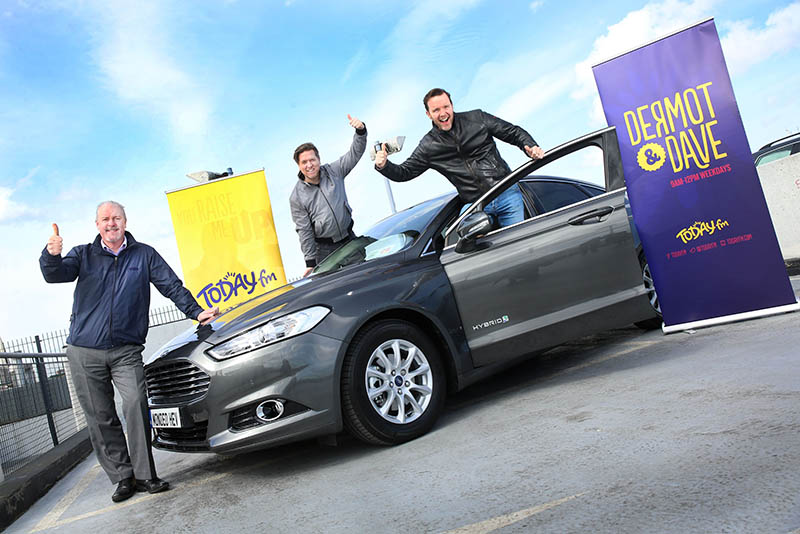 Commenting on the new partnership, Dermot & Dave said: “We are thrilled to have Ford on board as sponsor, they are a great brand with great heritage in Ireland and a very good fit for our show”.
In 2017, Ford celebrated 100 years since Henry Ford came back to his ancestral home-city of Cork to establish the Ford factory. Ever since then, the Ford name has been to the fore as one of the leading motoring brands in the country.