Cannes in a Van, the four-wheeled champion of independent filmmaking is calling for entries from throughout Europe to its spectacular Van d’Or Film Awards 2012, powered by Ford. Open to all independent film makers, the Van d’Or Awards 2012 will once again celebrate the very best in independent film, including a new student category. 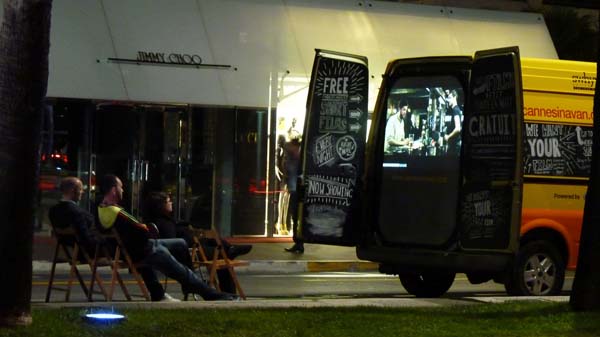 Cannes in a Van co-founder Andy Greenhouse said: “We started the Van d’Or Awards last year as a celebration of everything that’s unique and different about independent film, and with a much needed boost from Ford we’re very excited to be able to extend applications for 2012 right across Europe and hope to provide emerging filmmakers some welcome exposure.”

The Van d’Or Awards will take place in September and submissions for the 15 categories can be made until August 31, including for the first time a special Ford “Student Film in Transit Award” for full-time film students who have developed a submission, with a prize worth over £1k of film-making equipment. The Awards will be judged by a prestigious panel of experts from the independent film world, including Oscar-nominees, seminal directors and inspiring industry key players. Entries should be submitted via the competition website www.cannesinavan.com/submissions.

“To enjoy a vibrant, creative industry it’s vital that we continue to encourage independent film making.  Cannes in a Van champions the unique, passionate spirit of independent film, and it’s great to see the Van d’Or awards coming back even stronger for a second year,” said Jerry Deeney, Fujifilm Motion Picture.

Winning Films Take to the Road

In addition to the undoubted prestige of receiving a Van d’Or award, the winning films will also receive extensive exposure as Cannes in a Van takes to the road during 2012-2013.

Cannes in a Van will be presenting the winning films from its shiny new Transit at a series of shows through the year including film festivals, movies theatres and other events. 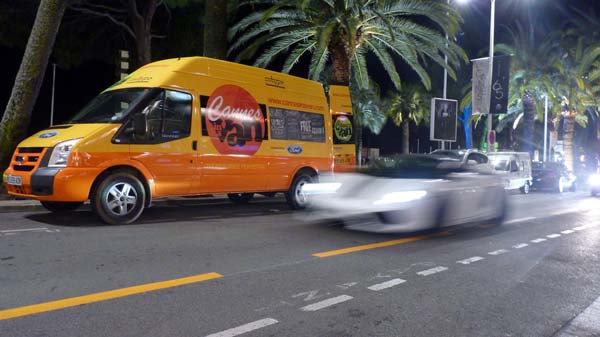