Ford is now the official GUINNESS WORLD RECORDS title-holder for the Largest billboard in the world after unveiling a 5,265 m2 advertisement – equivalent to 20 tennis courts – for the new Ford EcoSport sports utility vehicle (SUV) on the iconic Espana Building in central Madrid, Spain. 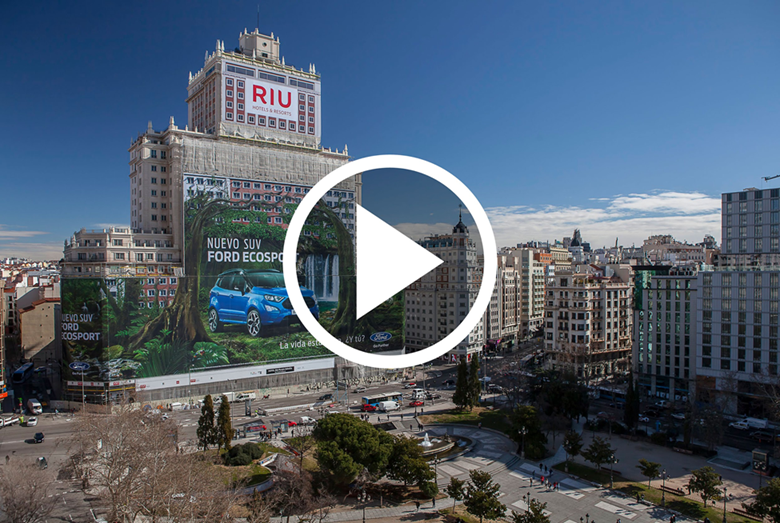 “Our GUINNESS WORLD RECORDS title for the Largest billboard demonstrates the creativity that drives our company,” said Elena Burguete, director of Marketing, Ford Spain. “Ford’s message is ‘Go Further’, and that’s what we aimed to do with our campaign for the launch of the new EcoSport. It’s a great way to deliver the message ‘Life is out there, are you?’ to as many people as possible, right in the heart of Madrid.”

The billboard will remain in place until the end of February, after which it will be donated to the Apascovi Foundation employment centre for people with disabilities, where a second life will be given to all of the materials used.

Designed for life inside and outside of the city, the stylish new Ford EcoSport is now on sale across Europe and for the first time is offered as a sporty, Ford Performance-inspired EcoSport ST-Line model. Ford Intelligent All Wheel Drive is also available, alongside driver assistance technologies including SYNC 3 connectivity and rear-view camera.