Downey’s Auto Stop in Portlaoise and Michael Lyng Motors in Kilkenny have both received the Ford Chairman’s award for 2020. 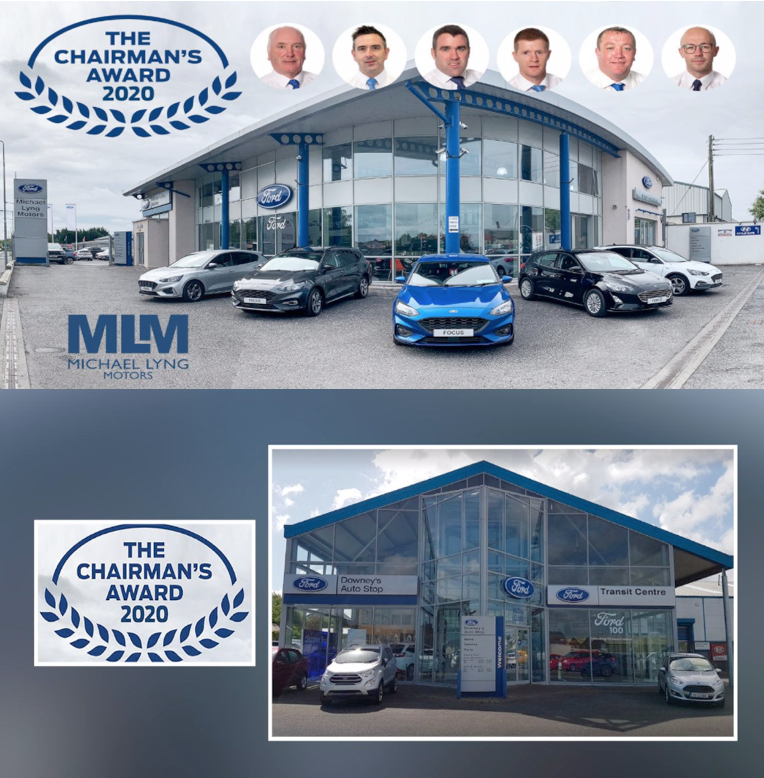 The Ford Chairman’s Award is the most prestigious accolade a dealership can be awarded by Ford and is presented to dealers who deliver consistently over one whole year on a combined sales and service performance.

This award is only awarded to the top performers in Ireland.

Commenting on Downey’s Auto Stop’s and Michael Lyng Motors’ respective wins, Lisa Brankin, Managing Director of Ford UK & Ireland said: “In our highly competitive market, it is vitally important that the customer’s experience is of the highest standard.

“The winning dealers are clearly delivering exceptionally high levels of customer engagement, combined with equally strong sales & aftersales performance despite the challenging environment in which we are operating.”

Meanwhile, Michael Lyng Motors is winning the award for the third time, having won it previously in 2014 and 2017.

Downey’s Auto Stop was appointed main Ford Dealers in 1988. Since then, it has increased its services to provide a one-stop shop for vehicle care. It is also the main Kia and Suzuki dealer for both Laois and Carlow.