Already crowned as the champion in both the Triton Showers National Rally Championship and the Valvoline National Forestry series, Monaghan’s Sam Moffett completed an unprecedented Irish rallying triple crown on Sunday by adding the Clonakilty Blackpudding Tarmac title to his impressive collection of achievements.

However, right up to the final stage, either of the Moffett brothers could have come out on top, as younger sibling Josh held a two second advantage over his brother as they started the last section, only to go off the road, damaging his car too badly to continue after a terrific duel for most of the two days.

At the end, Sam held a clear lead of almost five minutes over Ulster pair Alastair Fisher and Gordon Noble in another Fiesta, with the Skoda of Donegal’s Joe McGonigle and Ciaran Geaney just one further second behind in third position. 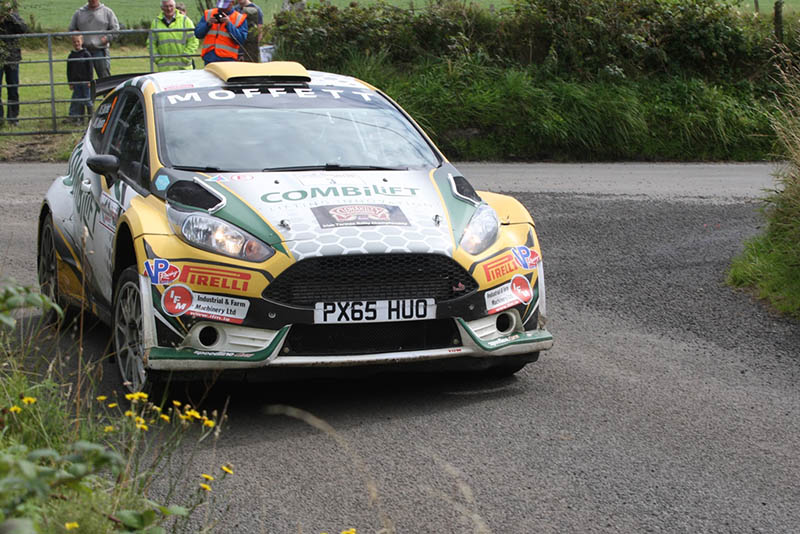