For the second year running, FAI Automotive has been ranked in the annual Sunday Times HSBC International Track 200.

The aftermarket parts powerhouse appears alongside some well-known heavyweight British brands in the 2019 league table as one of the highest achieving UK companies based on international growth. 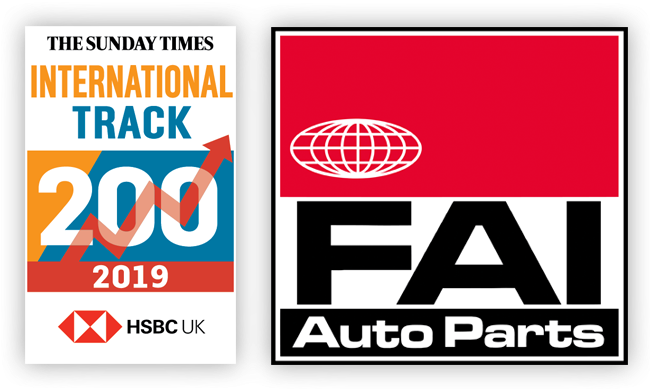 In a special 10th anniversary feature recently published by the Sunday Times, FAI Auto Parts were ranked 183rd by FastTrack – a respected organisation that recognises the highest achieving UK companies based on sales growth.

After securing a Queen’s Award for Enterprise: International Trade last year, FAI were also ranked in the 2018 Track 200 league table after years of extremely positive results from both the UK and International markets. This year’s award only demonstrates the continuing upward trend of the global distribution power the parts supplier possesses.

Visit faiauto.com for more information on FAI and their parts.