Exol, a leading UK independent lubricants company has started to undergo its largest ever rebranding process, as it makes significant changes to its product labelling and packaging. 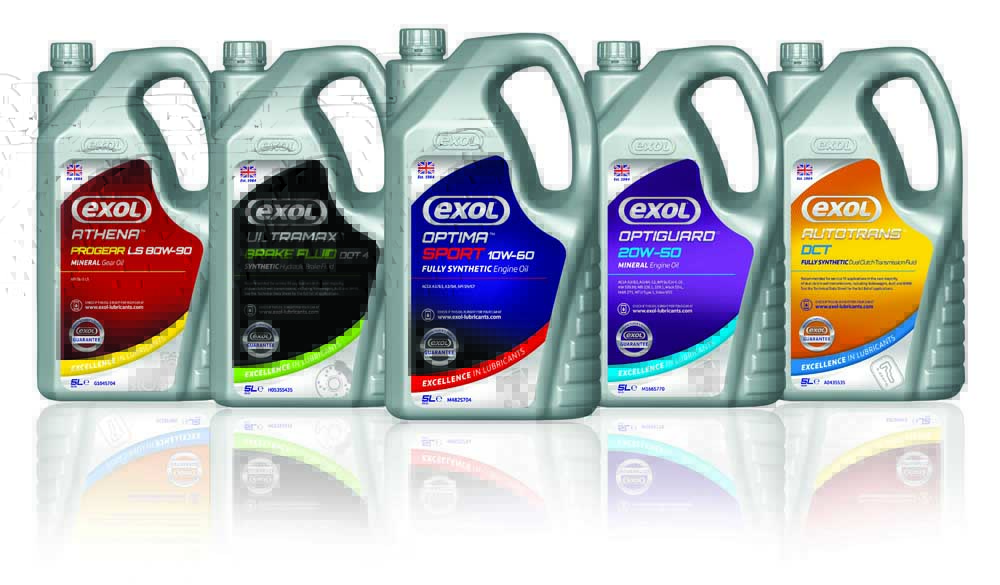 Customers are already starting to see the new branding on a number of Exol ranges, many of which have been trademarked and have its own brand identity. The ‘new look’ also includes a substantial product re-design of its one and five litre small pack range, which features new bottles and containers with Exol’s logo embossed on to the packaging.

The re-branding launch will feature new product names, aimed at simplifying Exol’s offering, including its Optima range and range of antifreeze products, which will be available under the new trademarked name Opticool, plus its range of agricultural lubricants, which will now be introduced under the name Optifarm.

The new Exol branding labels offer more information on approvals and specifications, along with the Exol guarantee that the product meets the quality of Original Equipment Manufacturers.

Steve Dunn, Exol sales and marketing director said: “This has been one of the largest branding exercises we have ever undertaken at Exol and is in the response to the growth of our small pack product range. We have also taken the opportunity to produce a more retail-friendly label, offering clear product identification for customers.”

This latest update follows significant investment into the business, which in the past five years has seen an overhaul of both its Rotherham and Wednesbury sites, implementing new production facilities and lab equipment.

The business is also undergoing a website re-launch and increased its infrastructure with a fleet expansion, thanks to the introduction of four next generation Scania trucks, to transport and deliver Exol products around the UK and Ireland.