The Enterprise Rent-A-Car Foundation has donated $40 million to-date to food banks around the world as part of Enterprise’s Fill Your Tank program, one of the largest donations aimed at fighting hunger. 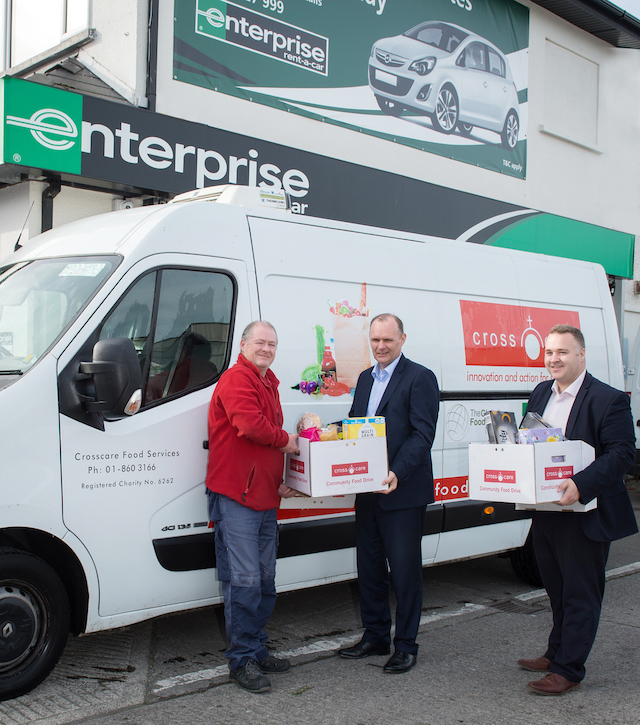 Launched in late 2016, the Fill Your Tank program is a companywide initiative that was created to celebrate Enterprise’s 60th anniversary by providing a total of $60 million to address food insecurity around the globe. Over a six-year period, the Foundation is distributing $10 million each year to food banks and charities throughout North America and Europe, as well as local food banks and pantries in North American communities served by Enterprise. The latest distribution marks the program’s fourth year of giving.

“With nearly 8,000 neighborhood and airport branch offices worldwide, Enterprise Rent-A-Car is committed to promoting long-term growth and prosperity in the communities we serve – all of which face some level of food insecurity,” said Carolyn Kindle Betz, President, Enterprise Rent-A-Car Foundation. “But often, hunger is an issue that doesn’t get the attention it deserves. We are proud to be addressing hunger and making a difference in the communities where our employees live and work.”

Globally, one in nine people don’t have enough food to be healthy and lead an active life, according to the World Food Programme. And in the U.S. alone, 37 million people face hunger, including more than 11 million children and over 5 million seniors, according to Feeding America.

During the first four years of the program, $40 million was distributed as follows:

‘Fill Your Tank’ in Ireland

Dublin-based Crosscare operates food banks which distribute food to those most in need. In addition to running food banks and community cafés, the charity provides a range of social care, homeless services, community and youth work. Its work is not confined to the Dublin area as its food bank operation provides much needed food supplies to hundreds of organisations in need across the country.

In the past three years, Crosscare has used the Fill Your Tank donations to purchase a new refrigerated delivery van and has expanded their foodbank network with new facilities in Cabra, Finglas and Tallaght.

George O’Connor, Managing Director, Enterprise Rent-A-Car Ireland, said: “We are delighted to partner with Crosscare as food insecurity is prevalent in many communities across Ireland. Enterprise operates 25 branches distributed right across the country and supporting the communities where we operate is a vital part of the Enterprise culture.”

Since its inception, the Fill Your Tank program has offered funding to help create, implement and maintain programs that help mitigate the critical effects of food insecurity.

Examples of how funds were used in 2019 include:

“The Enterprise Rent-A-Car Foundation’s annual donation reflects an ongoing commitment that not only delivers food, it also delivers hope and the ability to improve and sustain programs that reflect the complex, diverse needs of food-insecure populations,” said Claire Babineaux-Fontenot, CEO, Feeding America.