North Yorkshire based racing driver Max Coates – who is sponsored by ignition specialist NGK – is set to join multi-championship winning team Elite Motorsport for both their maiden seasons in the Mini Challenge.

He will join Lewis Galer to create a two-car Elite Motorsport entry for the 2020 season which sees the Mini Challenge entering its most exciting season yet as it steps up to become a support series at eight of the ten British Touring Car Championship (BTCC) events. 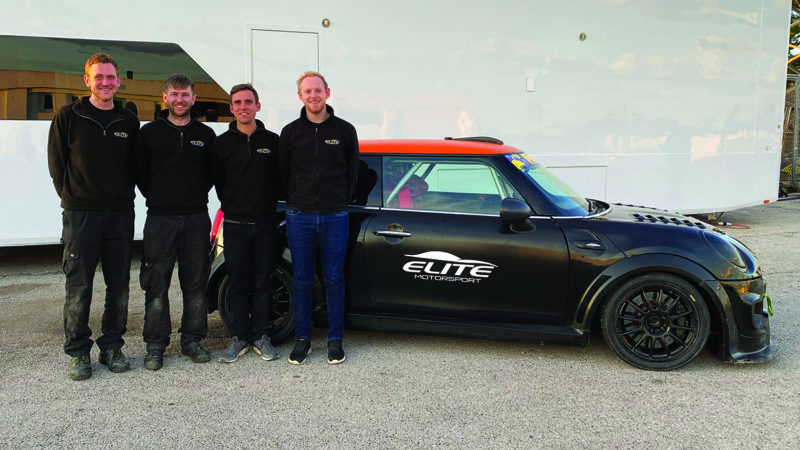 Featuring live ITV4 coverage, it replaces the Renault UK Clio Cup where Coates has enjoyed 14 race wins and championship challenges over the past four seasons.

Likewise, Elite Motorsport have been champions for the last three years in Ginetta Juniors and are 2019 Ginetta GT4 Supercup Champions which both support the BTCC. The joining of Coates and Elite Motorsport is therefore an exciting one.

Although Coates and Elite Motorsport have no previous experience racing the Gen 3 F56 MINI Hatch JCW car, both Richard Skeels and Martin Poole as chief engineer and number one mechanic for Elite Motorsport have fronted a championship winning campaign in the Mini Challenge in former roles.

After a successful pre-season test at Calafat in Spain both are confident going into the season ahead, Coates said: “After a very successful test with the Elite Motorsport team I am happy to be signing with them for the 2020 season. I drove the car for the first time two weeks ago and immediately got to grips with it.

“The three-day test was very useful and we were able to make a number of changes to the car to understand how it would react. I’m confident that with another few days under our belt before the season starts, we’ll be ready to hit the ground running at Donington.”

NGK Spark Plugs (UK) Ltd Marketing Manager Mark Hallam said: “We would like to congratulate Max on securing his place in the Elite Motorsport team and look forward to following his progress throughout the season. I’m sure many of our customers will support him track side or tune in to ITV4 for what should be an exciting championship.”

The first round of the championship is at Donington Park in Derbyshire on the March 28-29.