Eleven vehicles were yesterday seized by the Criminal Assets Bureau (CAB) at a motor dealership in Co Tipperary, as part of an ongoing money laundering and proceeds of crime investigation. 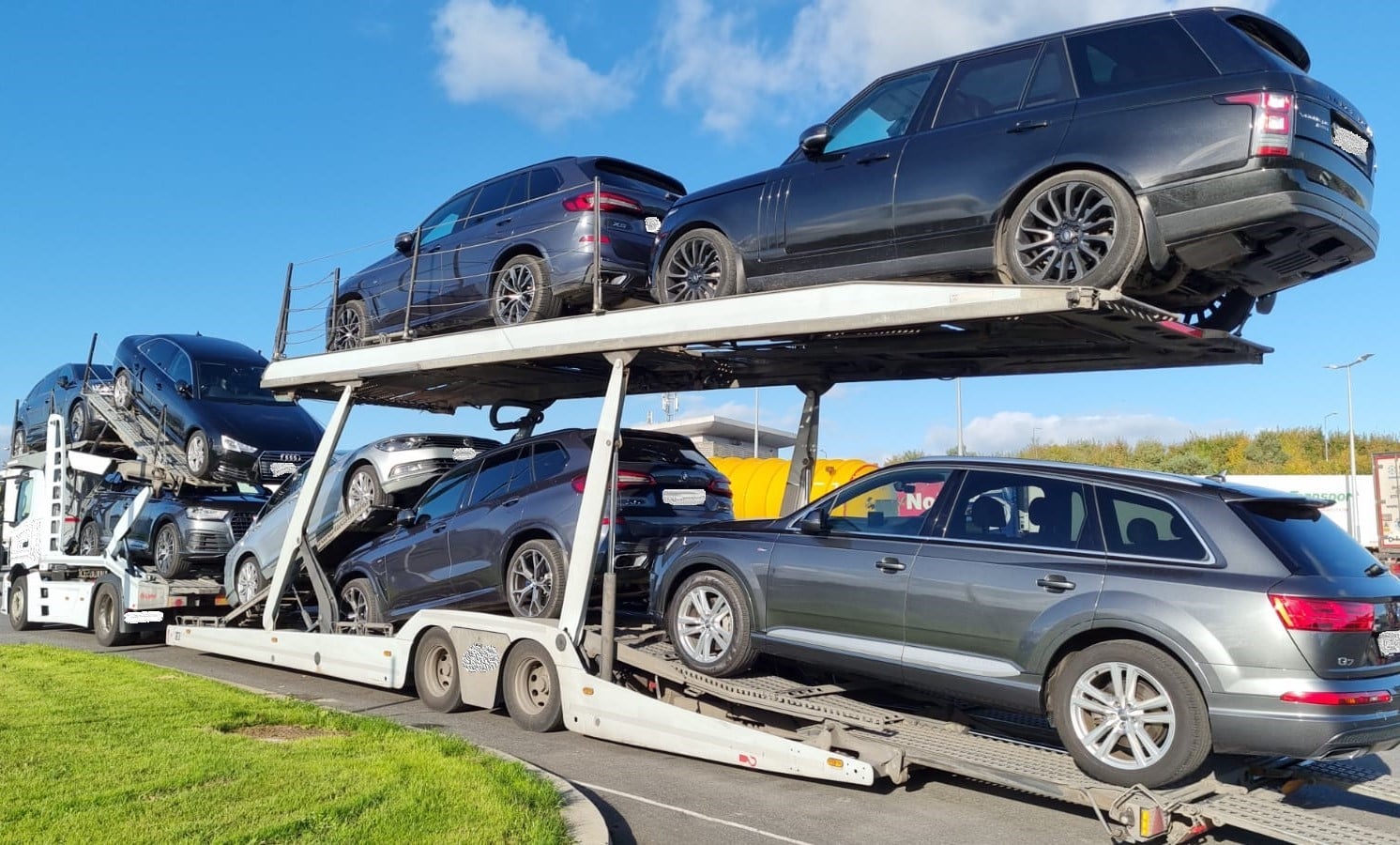 Some of the vehicles seized in yesterday’s operation. Photo: Criminal Assets Bureau.

This operation is linked to a recent CAB search operation conducted at a motor dealership in Dublin 15 on September 6, during the course of which seven high value vehicles were seized. A Jaguar I Pace valued at €80,000 was subsequently seized on September 28.

Eleven vehicles in total were seized and removed from the search site in Tipperary on Thursday morning (October 21), four of which CAB said were detained for customs/VRT offences. €11,000 in cash was also seized.

CAB said no arrests were made yesterday and investigations are ongoing.