UK charity Zero Carbon World has set a new record for the shortest charging time in an EV when travelling between John O’Groats and Land’s End last Saturday, September 12.

Three representatives from the charity achieved the record-breaking time of 1 hour 31 minutes and 32 seconds, smashing the old record by over two hours. 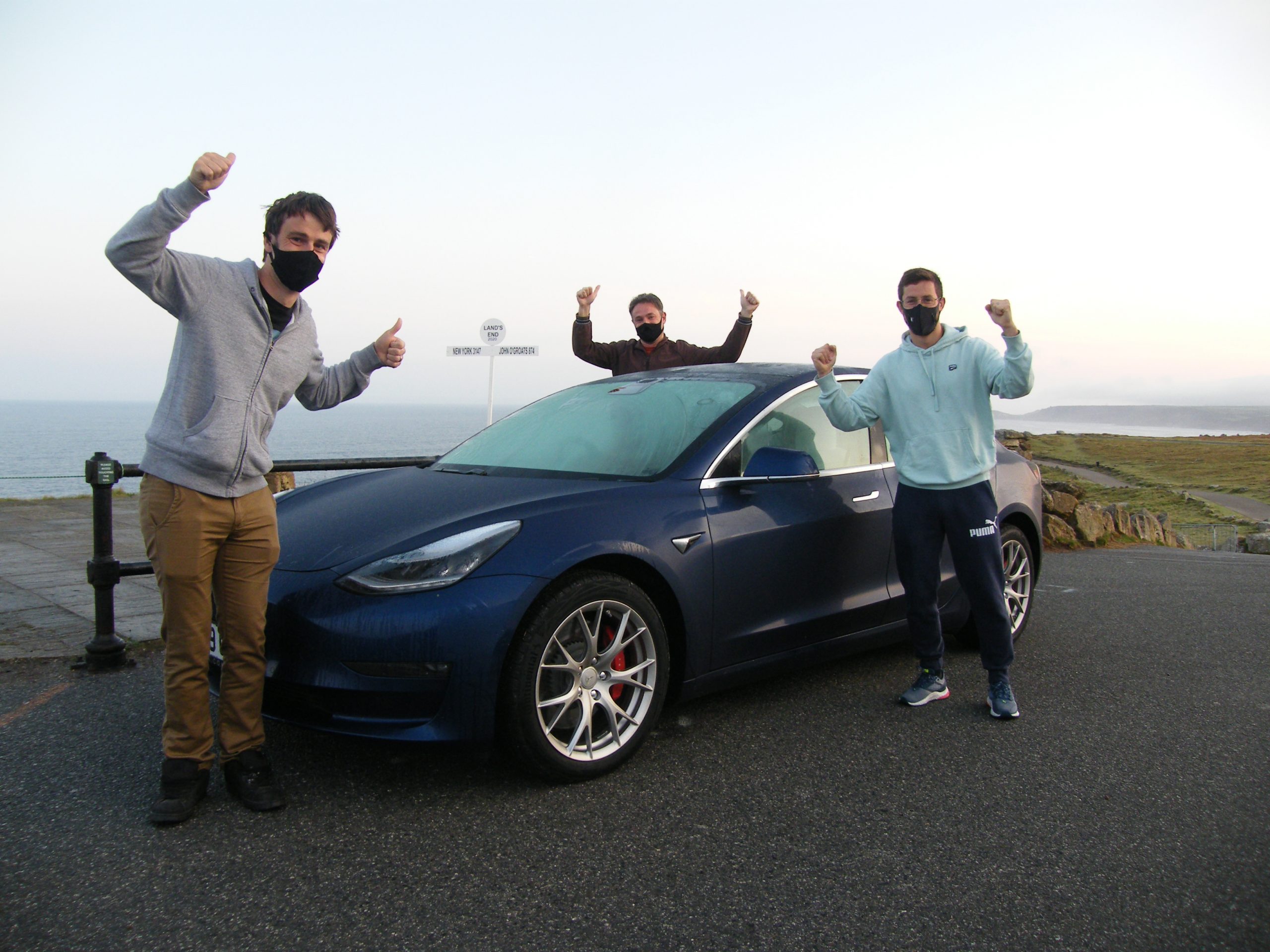 Zero Carbon World Trustee Dean Fielding, the charity’s chairman and ABB FIA Formula E Championship racing driver Alexander Sims, and EV specialist David Peilow completed the 855.2-mile (1,376.3 km) journey in just 15 hours and 32 minutes. In doing so, they beat the previous record for the shortest charging time in an EV, which was set in 2015 and stood at 3 hours 44 minutes and 33 seconds.

“We’re ecstatic to have achieved this incredible time, which is less than half that of the previous record,” says Fielding. “The attempt was in the planning for just two weeks, when David realised that a high-speed Ionity charger had been installed in Cullompton, Devon. This made it possible to attempt a new record with high-speed charging stations at suitable points along the way.”

Fielding adds: “Despite our planning for the record attempt, we feel that this achievement demonstrates that many EV drivers could easily make the trip without significant planning – just plot it in their satnav and go. Lots of EVs use the CCS charging standard that we used along the way. The UK charging infrastructure has improved to a degree where such trips can be made, making EVs a viable and practical alternative to ICE vehicles. What’s even more remarkable is that the software used to calculate the trip suggested we would need 1 hour and 31 minutes of charging, and that’s exactly what we did. The capability to accurately predict real-world journeys helps eliminate the anxiety many feel about EVs and range.”

The trio stopped to charge at three Ionity stations in Perth (Perth and Kinross), Gretna Green (Dumfries and Galloway), and Cullompton (Devon), along with one Tesla Supercharger station in Essington (South Staffordshire). They were very aggressive in their charging strategy, only charging to the absolute minimum amount needed to ensure they got to the next stop.

“We didn’t overcharge the car at any time,” explains Zero Carbon World chairman, Alexander Sims. “We were mostly charging to somewhere in the 50-60 per cent region, with one of our charging stops taking the car to 80 per cent. We would make it to the next charger with around four to five per cent remaining. David did all the calculations for us and it was very well predicted.” 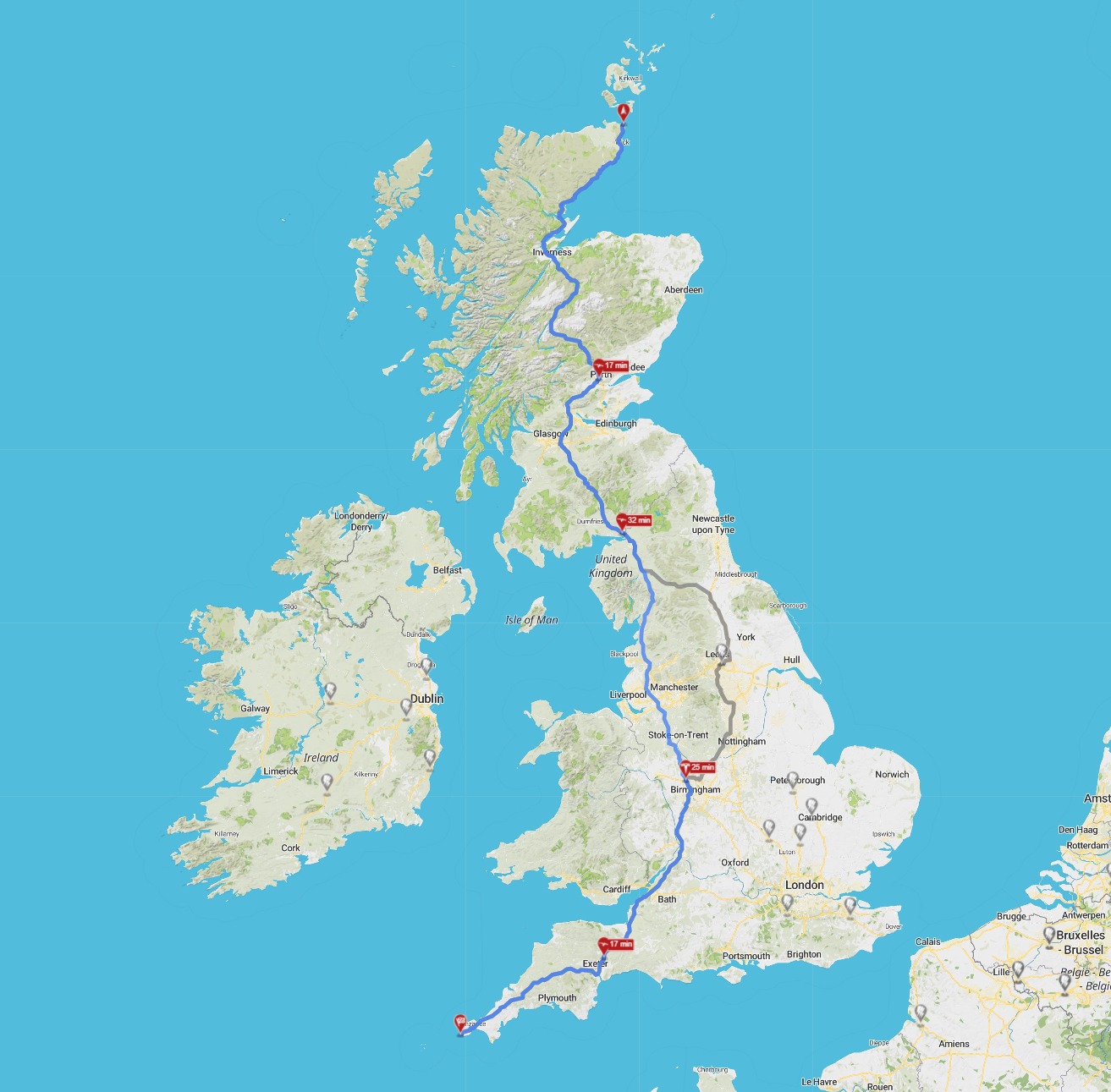 The journey was undertaken in a standard production Tesla Model 3 in Performance specification.

“We averaged 6.05km/kWh, with a charging efficiency of 97 per cent,” explains Peilow. “When considering the grid carbon intensity and losses, we averaged 19.5g CO2/km. The Tesla Model 3 Performance was chosen for the record attempt due to its charging capacity, rate and range. Not all EVs could achieve the charging time we did, but plenty of EV models are capable of comfortably making the epic road trip, simply by charging to 80 per cent rather than our minimal charges.

“Since I last made this journey back in 2011, the charging infrastructure has improved dramatically across the UK. High-speed charging networks such as Ionity use the CCS charging standard that many EVs use. It’s fantastic to see the national charging network growing in the UK and across Europe to make such long journeys easy and accessible for more EV drivers.”

The record attempt couldn’t have been completed without the support of the EV community, says Sims: “Thank you to the fantastic support that we received at each charging station from fellow EV drivers. They helped us to gather all the required data, images and video in order to fully catalogue the record attempt, and we will be submitting this to Guinness World Records with the hope that it will be able to validate the attempt in the coming weeks.”