EEC, a leading manufacturer of DPF’s and catalytic converters has launched its new 6 in 1 petrol solution to complement its industry leading 6 in 1 DPF (Diesel) solution. 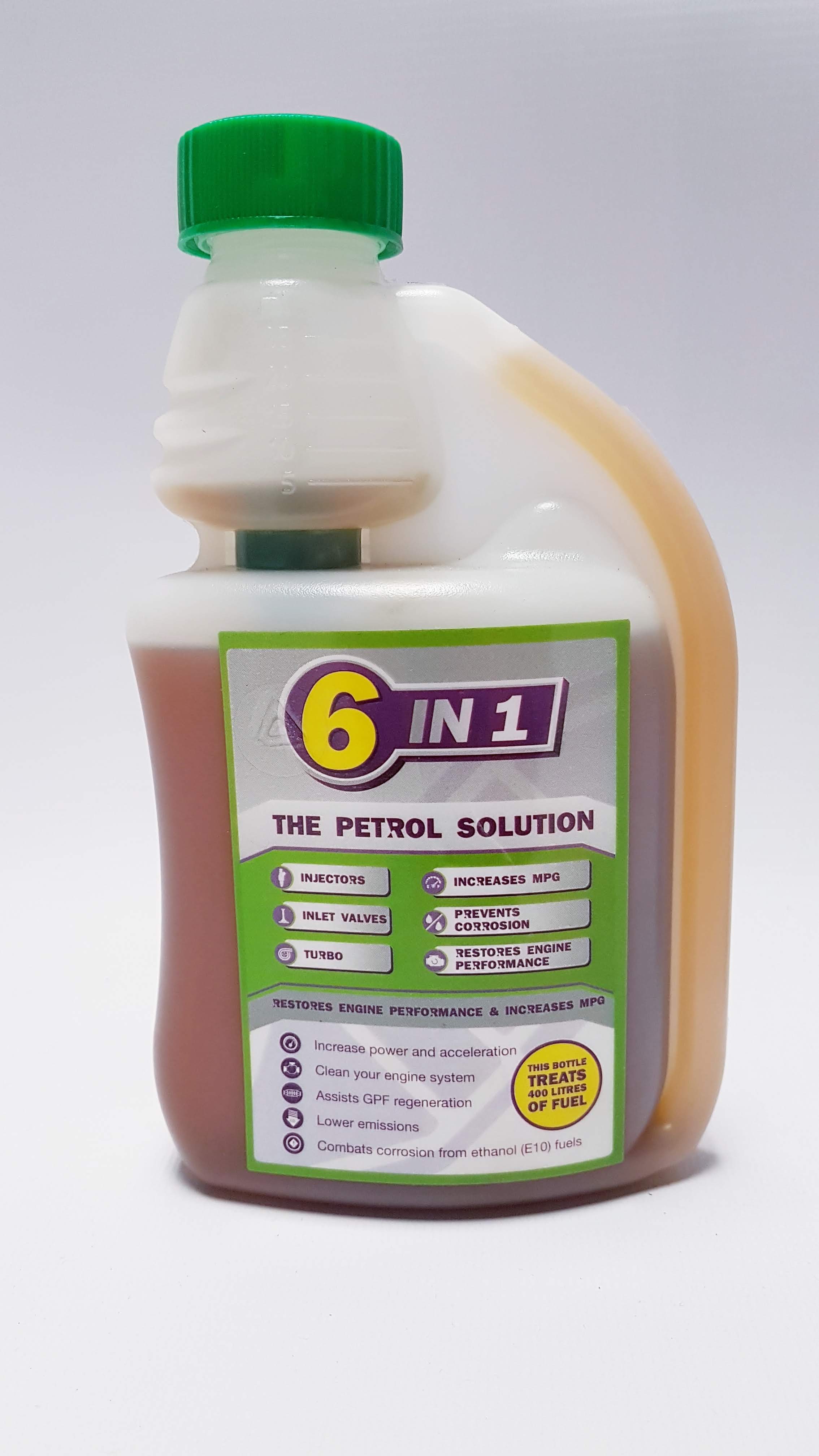 Just one bottle can be used for over 400 litres of fuel, with each 25ml ’shot’ increasing power and acceleration, cleaning the engine system, lowering emissions and combating the corrosion effect from ethanol (E10) fuels.

The product will also help motorists with older and classic cars who could suffer from the corrosion issues should E10 ‘green-petrol’ biofuel be introduced in the next few years, as well as unleaded fuel which already contains up to five per cent ethanol.

EEC Petrol 6-in-1 Solution is a fuel borne catalyst formulation that cleanses all of the fuel and emissions system which restores an engine to optimum performance.

It is also designed to regenerate a GPF by reducing the natural combustion temperature required to burn off the trapped particulate matter (un-burnt carbon, engine oil debris and soot) by up to 150c.

Corrosion from future E10 Biofuel & existing Unleaded
One of the main problems which makes older and classic cars incompatible with E10 is corrosion. Ethanol is hygroscopic which means that it absorbs water in fuel storage tanks and from condensation which can then cause rusting in parts of the fuel system where the metallurgy is less resistant. Once oxidised, ethanol itself can become corrosive.

EEC’s new 6 in 1 Petrol Solution has been formulated with the new challenge of E10 in mind. It contains a corrosion inhibitor proven to work in petrol containing ethanol. The detergent additive system has been thoroughly tested in E10 petrol and is highly effective is removing deposits from fuel injectors and inlet valves (and carburettors in the case of classic cars).

Given that even standard unleaded petrol now contains up to five per cent ethanol, the regular use of 6 in 1 Petrol Solution will help to protect all cars including those classified as incompatible with E10 Petrol.

Scientifically developed by leading experts and rigorously tested, the new EEC 6 in 1 Petrol Solution is suitable for all types of petrol engine.

Ben Kendrick, Sales and Marketing Manager, European Exhaust and Catalyst, comments: “Developed by our experts in Emissions Systems, this product is a useful upsell opportunity for customers reporting performance issues and wishing to protect against future corrosion. Its use is not just for those customers who are reporting existing issues, but from those consumers who are looking to prevent future GPF blockages and reduced performance before it starts happening.”

“The EEC Petrol 6-in-1 Solution was launched at Automechanika 2018 Frankfurt to positive comments with initial orders being placed by a number of high-profile buying groups. We believe the unique formula ’one-shot’ format will save both garages and consumers from the multitude of confusing one-solution products presently on offer and saves space in the warehouse and workshop.”

“We’ve added this to our product range to complement our existing EEC 6 in 1 Diesel Solution which launched in 2017 and has already seen a large growth in sales figures, with much positive feedback from end customers.”