European Exhaust and Catalyst (EEC) has added seven new part numbers to its range covering both DPF and Exhaust applications. 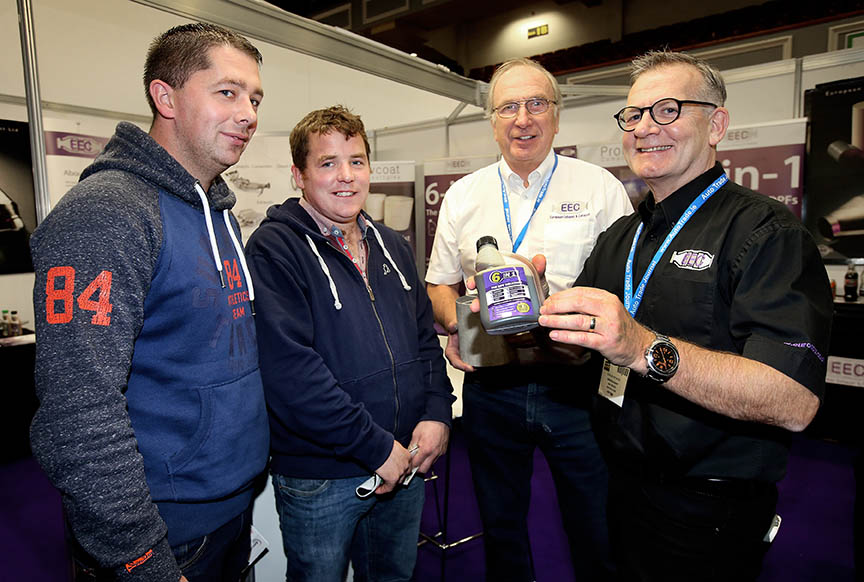 Pictured at the Auto Trade Expo 2018 at CityWest was from left, customers Declan McGowan and Francis McNeely both from CPS with Stuart Still and Duncan Richards both from European Exhaust and Catalyst at their stand.

Cross reference and part information for these new additions can be downloaded from the EEC website, www.eurocats.co.uk

EEC has also deprecated a number of legacy part numbers, which can be downloaded from the company’s website.