EDT Automotive, the multi-award winning engine decontamination specialist, has enjoyed a phenomenally successful debut show at this year’s Automechanika Birmingham, signing nine garages live on the stand as well as co-sponsoring the event’s Garage of the Year awards.

As the UK’s leading automotive aftermarket exhibition, Automechanika presented the EDT team with a unique opportunity to talk to garage owners from locations all over Britain during the course of the three-day show.

Demonstrations of both the engine decontamination and auto transmission machines led to garages in areas such as Stockton-on-Tees, Grimsby, Hull, Basingstoke, Gosport and Norfolk all benefitting from an exclusive show offer of free installation (worth £895 + VAT) by signing up to join the network, covering some of the company’s open points. 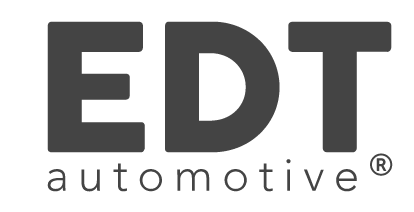 Commenting on EDT’s success at the show, CEO David Holmes said: “The independent garage sector of Automechanika’s attendees is growing year-on-year, and the garage owners who came to our stand gave us a great deal of positive feedback about the event: they clearly believe that it will keep getting better.

“As a result, we’ve committed to attend the 2019 show, and we envisage that it will be even more successful for us, as next year’s exhibition will be larger in scale.
“Let’s face it, the chance to talk to garages from locations such as Scotland and Ireland in once place is too good to miss!”

In addition to a successful show, EDT Automotive was also proud to sponsor the ‘Technology Innovation’ award at the prestigious Garage of the Year dinner, which took place at Villa Park on Tuesday evening.

Sales Manager, Sean Welch and newly-appointed Regional Director for the North, Ian Stubbs presented BeeCool ACS in Kettering with the coveted prize for demonstrating numerous examples of innovation in the field of air-conditioning.

David added: “It was a real honour to present such a worthy winner with their award.

“Independent garages often aren’t given the credit they deserve for the extensive knowledge that they need to accrue across such a wide range of manufacturers and models.
“This was a great opportunity to shine a spotlight on some aftermarket excellence.”
For more information on EDT’s full range, please visit http://www.edtautomotive.com/.