easytrip, Ireland’s only electronic parking and tolling tag provider, has partnered with Rugby League Ireland to sponsor their new under 16s programme.  The programme has been established by the League to improve the standard of the game and refine the players route to progression in Ireland. 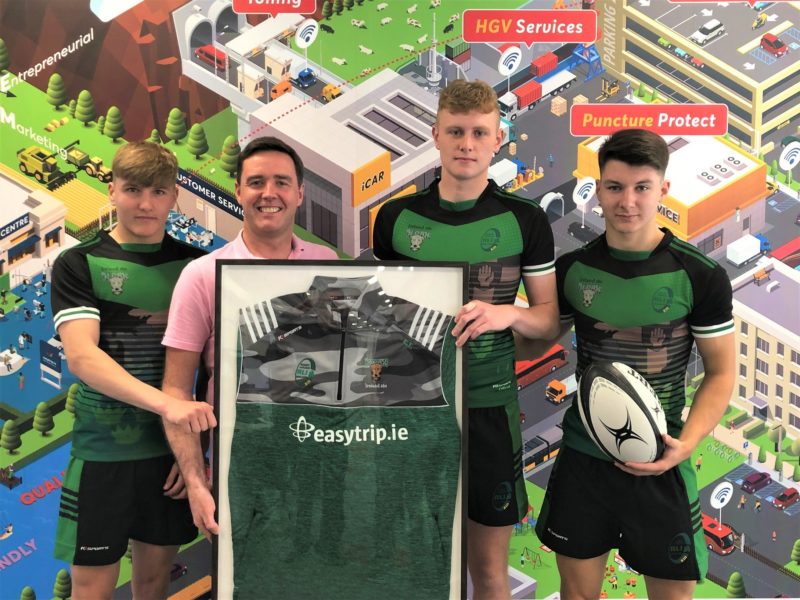 At the announcement, Colin Delaney, CEO of easytrip said: “We are delighted to be partnering with Rugby League Ireland to provide support for their new programme and to help them grow the game in Ireland. The under 16s are the next generation of players and are showing great dedication and huge potential in the game following their recent win against Scotland.  Our team at easytrip are fully behind them and we look forward to seeing the players progress on their journey to the European Championships next year.”

Will Hayes, Team Manager (under 16s) at Rugby League Ireland said: “We are really excited to have easytrip on board as a main sponsor to raise the profile of the game here. I want to give a special thank you to Colin Delaney and Ciaran Doyle and the rest of the team at easytrip for all their support. This partnership will help us to not only improve our training but to re-define the game from the grassroots level up.”