easytrip has been awarded Excellence in CSR by an SME at the Chambers Ireland Corporate Social Responsibility Awards for their support of Blood Bikes. The winners were announced at an awards ceremony at the Clayton Hotel, Dublin on September 19.

easytrip has been supporting Blood Bikes throughout Ireland since April 2017 by supplying toll tags free of charge and covering toll charges for each of the charity’s vehicles. The initiative has supported the charity financially and most importantly saves valuable time in sometimes critical situations. 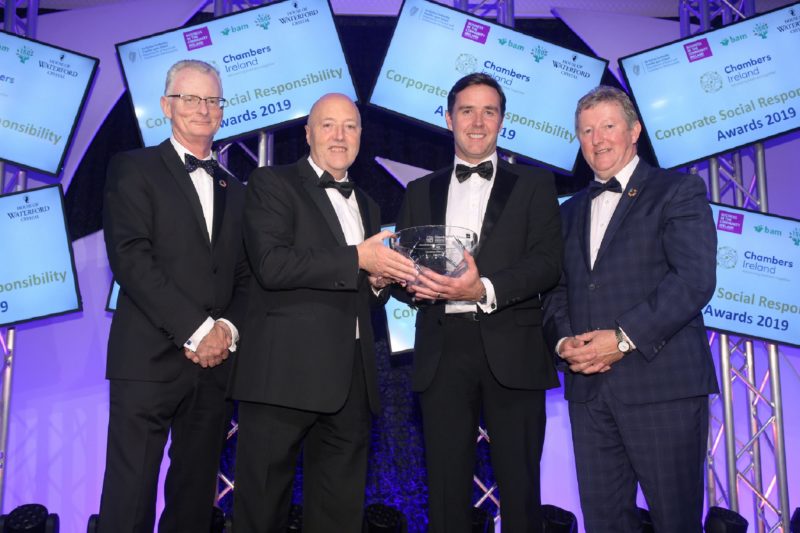 Established in 2012, Blood Bikes is a not-for-profit Irish charity who provide a free emergency medical transport service and operates between hospitals across Ireland in the 32 counties. Their fleet is tasked with the urgent transportation of donated blood, human tissue, stem cells, organs, chemotherapy medication, breast milk and other essential medical items to hospitals and medical centres nationwide all year round.

“It’s a tremendous honour to have won this accolade and a fantastic acknowledgement of the work that Blood Bikes does 24/7 365 days a year. A special mention to Fergus Lennon of Blood Bikes who voluntarily commits his time tirelessly to this great service. When someone’s life is at risk there should be no barriers to saving them. Our support allows Blood Bikes to deliver lifesaving and time critical medical supplies for patients in need in hospitals, medical centre, neo-natal units and hospices across Ireland.” said Colin Delaney, CEO of easytrip.