The Veefil-RT 50kW DC Rapid Charger from Tritium will work on the EasyGo.ie network which enjoys interoperability with other network operators across Europe due to its partnership with the pan-European services provider, Gireve.

Interoperability between network operators was a cornerstone of the decision published by the Irish Commissioner for Regulation of Utilities as it makes it possible for drivers to find and use chargers from different network providers without having to sign up for multiple accounts.

The successful installation marks another step in the direction towards EasyGo.ie chargers being available nationwide and the Tritium 50kW DC charger, one of the most advanced of its kind and which can add an average of 50 kilometres of range to an electric vehicle in just 10 minutes.

“Sales of new EVs in Ireland are set to grow exponentially as the Climate Action Plan to support getting 1,000,000 cars on Irish road kicks in. We look forward to playing our part by making more charge points available in more places to cater for this increase,” said EasyGo.ie co-founder, Chris Kelly.

The charger was unveiled at a ribbon-cutting ceremony at the Mullingar Park Hotel. 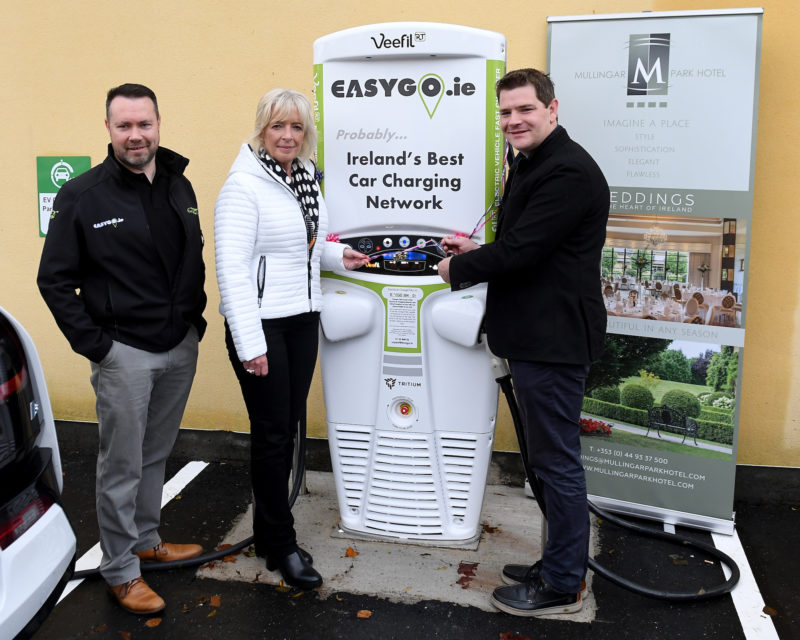