Denis Naughten, TD, Minister for Communications, Climate Action and Environment has announced he is allocating €1 million to remove stockpiles of waste tyres that blight the Irish countryside. It’s about time that the Department and local authorities took responsibility for the waste tyre stockpiles that they are responsible for, resulting from the unmonitored accumulation of waste tyres. 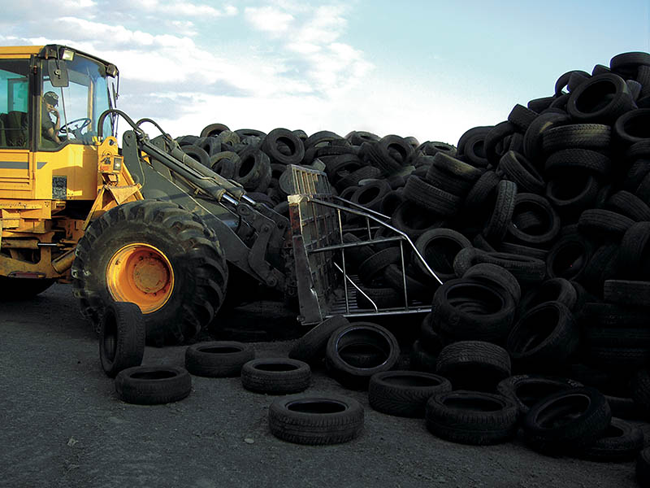 They gave out waste tyre collector licences to anyone that wanted one and some of those were unscrupulous and left behind tens of thousands of tyres. Credit to Minister Naughton for at last paying tax-payers money to clean-up the major mistakes of his Department predecessors.

The Minister said the level of illegal dumping of waste tyres is a problem that needs to be met head on. The funding is being made available to local authorities to tackle the most significant dump sites in their areas.

The press release says the latest estimates from the local authorities suggest there are more than 750,000 tyres randomly dumped in sites around the country, and this is a conservative estimate. The truth is that nobody knows what the full cost of handing out those licences is.

I also find that it’s not helpful to read inaccurate comments in the Irish Times online last night. It is disappointing that the one-time paper of record did not question what it was obviously given from one side. I would like to see where they found up-front charges of €2.80 today (as commonplace) and where they found €5 being charged for the disposal of a car tyre? The new levy is due to be introduced on October 1st. with all motorists and businesses required to pay a new levy of €3.44 for each tyre they replace on a car, van or SUV.

“I am targeting this funding at tyres to clean up our countryside now and to ensure that the detrimental environmental and human health effects of these dumps are dealt with as soon as possible.

“I am also supporting the introduction of a new compliance scheme to ensure that as many old tyres as possible are taken out of the system before the scheme is introduced on October 1st this year. The new Scheme will reassure consumers that their old tyres will be disposed of responsibly by the retailer when they buy new tyres.”

Minister Naughten says that he has adopted a two-pronged approach to deal with the problem of waste tyres.

“A large part of the reason for this waste problem is a lack of information in relation to the tyres market in Ireland. Therefore, I will be announcing regulations within two weeks that will introduce a full compliance scheme for tyres.

“This Scheme, to be run by Repak ELT, is based on the ‘extended producer responsibility’ principle and will carry out all regulatory functions on behalf of its tyre producers and retail members.

“Membership of the scheme will be mandatory for any operator placing tyres on the Irish market. All operators will be obliged to provide data on the numbers of tyres coming on and off the market. This will be the first time that there will be clarity in this regard,” added Minister Naughten.

As we pointed out last week on TyreTrade.ie, this scheme will not work, but it looks like we will have to go through the motions for a year or two, and what cost to the tyre trade and tax-payers?