E.ON and Nissan have successfully deployed 20 vehicle-to-grid (V2G) chargers as part of a trial to demonstrate how electric vans and cars could play a role in supporting the UK grid and provide a profitable and sustainable solution for business fleets. 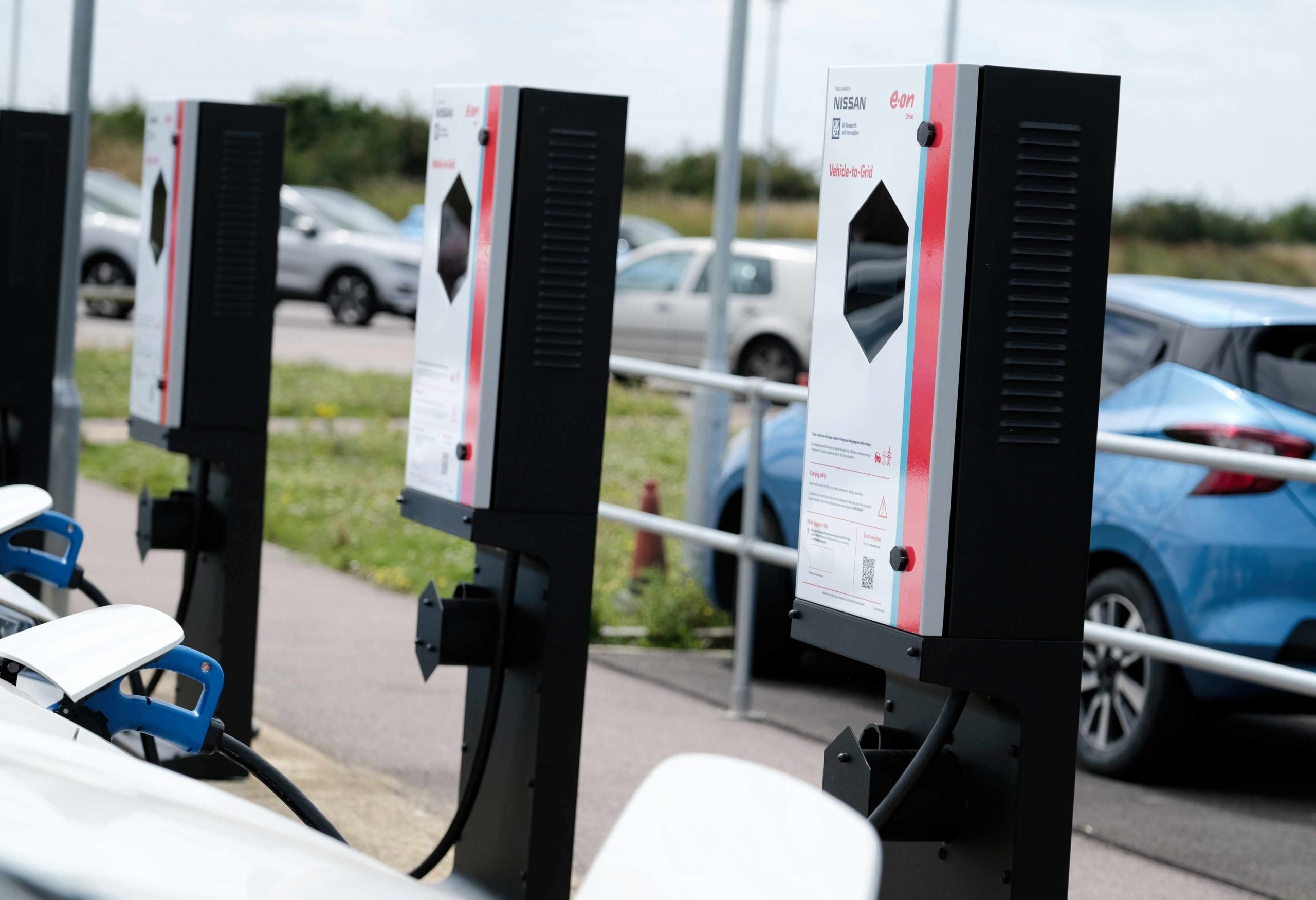 The install at Nissan’s European Technical Centre in Cranfield is the first in a large-scale V2G trial co-funded by Innovate UK. The project will test and demonstrate how storing and sharing electricity in fleet vehicles’ batteries can generate additional revenue for participating companies as well as supporting the power grid.

Having validated the technology at Nissan’s Cranfield site, the project is now recruiting further participants for the trial and plans to deploy V2G chargers for organisations across the UK.

V2G technology allows electricity to flow in both directions to and from electric vehicle batteries, allowing energy stored in the battery to be sold back to the grid when demand for power is high. Vehicles can then charge when demand is lower or renewable generation is high, reducing reliance on fossil-fuelled generation, giving V2G a role in carbon reduction efforts.

The technology can also release capacity on the electricity networks which distribute power around the country. In collaboration with UK Power Networks, the trial will go on to explore opportunities for customers to earn revenues from this as a service.