Look at the two images below for around ten seconds and the chances are that you will notice a small yet significant change. 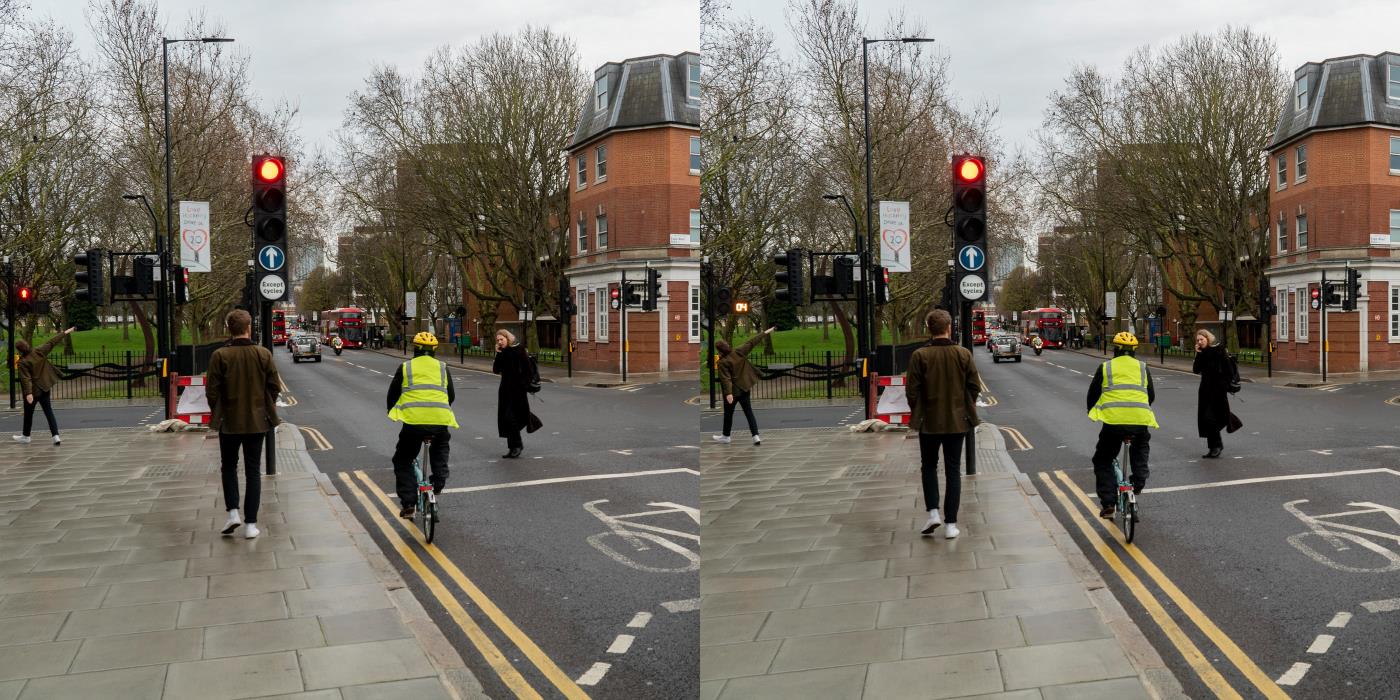 But if you are a driver who also cycles, the chances are you will have spotted that difference more quickly.

It might only be a matter of milliseconds – but the speed with which changes in road situations ahead are identified could impact reaction times, and what happens next.

(In the image on the right the pedestrian crossing on the left of the image shows a countdown.)

Ford commissioned the research as part of its “Share The Road” campaign that seeks to foster harmony between road users so that everyone can enjoy safer journeys. A “Share The Road” module is now being integrated within the company’s young driver training programme Ford Driving Skills for Life (Ford DSFL).

“Young drivers need to develop the skills that will help them to become confident, careful and considerate drivers. By understanding the importance of, for example, ensuring they give cyclists enough space on the road, we can help make journeys more enjoyable and safer for everyone,” said Jim Graham, manager, Ford DSFL.

For the study, Ford asked 2,000 people in France, Germany, Italy, Spain and the UK, to examine pairs of seemingly identical images showing a variety of traffic scenes. In some, there were tiny changes, with road signs, cars, bicycles and pedestrians present in one image, but not the other. In each scenario, drivers who cycled were quicker to spot the difference.

More than 38,000 young people aged 18-24 are killed each year on EU roads, the single biggest cause of death in this age group; and while overall the number of road deaths across Europe are decreasing, the proportion that is accounted for by cyclist fatalities is on the rise.

For its integration into Ford DSFL, “Share The Road” will enable attendees to experience “WheelSwap”, a ground-breaking virtual reality experience enables drivers and cyclists to understand the potential consequences of driving and cycling without consideration for their fellow road users. Last year, 78 per cent of Ford DSFL participants said they would change their behaviour towards road users after experiencing “WheelSwap”.

The sessions will also demonstrate the “Dutch Reach”, a technique that can help to prevent drivers from inadvertently striking cyclists when opening a car door, cyclist blind spot training and offer first-hand experience of how to ensure that a safe distance is maintained when overtaking bicycles. Legal requirements differ across Europe, but drivers are advised to maintain a gap of up to 1.5 metres when passing cyclists.

“Critical to driving, is a person’s ability to notice and respond to hazards. This study has shown that being both a cyclist and a driver could lead to quicker processing of visual information. This includes visual cues related to other drivers, road signs, pedestrians and cyclists on the road,” said Senior Behavioural Strategist Thea Knight, who conducted the research.