The Irish will have a big say in the battle for the biggest prize in UK rallying, the Junior British Rally Championship (BRC), with the top two contenders being Irish drivers and vying for the chance to win a drive in the World Rally Championship behind the wheel of a Hyundai Motorsport Customer Racing i20 N Rally2. 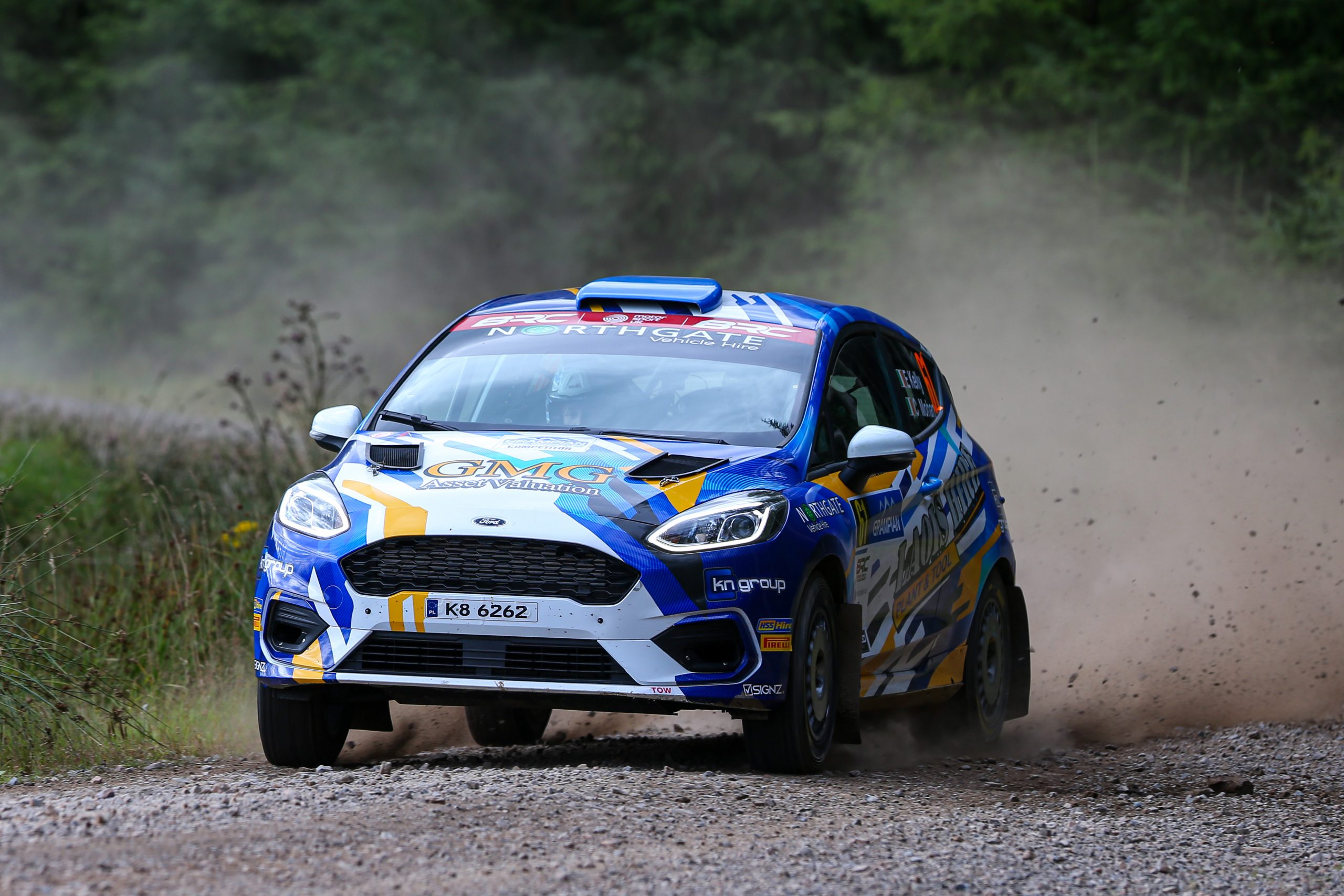 Only Scotland”s Finlay Retson, currently third in the series can overtake the Donegal or Down rivals at the top. No wonder then that the battle for the title is as intense as it’s ever been.

The series makes a return to the legendary north Wales forests this weekend as they battle it out in Conwy Cambrian Rally (30 October). World-class stages are set to challenge these very good young drivers in the one-day spectacular

Open to under 26-year-olds in Rally4 and R2 machinery, a large contingent from both sides of the Irish Sea have joined the series in 2021. Junior WRC aces County Down’s William Creighton and Liam Regan took the first-round honours, but with two zero scores in Wales and Scotland, had it all to do on the following rounds; and duly delivered.

Wins in Yorkshire and Mull threw them back into the championship race but they will need some luck on their side to overhaul the series leaders, County Donegal’s Eamonn Kelly and Conor Mohan. They have been building their pace and experience all season long, taking a podium spot on every round contested and with victory at the Grampian a highlight. They would be a safe bet to scoop this year’s prestigious prize.

Finlay Retson and Rhys Stoneman are another crew to enjoy consistent results this season with two runner-up spots putting them towards the forefront of the battle. They currently sit third in the standings but will play their Joker card this weekend; watch for fireworks in Wales from the duo.

The fly in the Junior title race ointment could come from either Motorsport Ireland Rally Academy driver, Donegal’s David Kelly and co-driver Dean O’Sullivan or Tyrone’s Jason Dickson and his co-driver Kenny Bustard. Both Fiesta Rally4 crews return to the Junior BRC after skipping Mull and although not in with a chance of the championship, could well take vital points away from the protagonists.

Winning four out of five rounds, they take free entries to all rounds of the 2022 British Rally Championship and will head to Wales in a relaxed mood to gain seat time and knowledge ahead of next season.