One of the leading refrigerated transport distributors on the island of Ireland is celebrating almost 20 years in business with a substantial £9-million-pound investment that will see the opening of a new state-of-the-art facility in Co. Armagh, as well as the creation of 50 jobs for the local area.

Derry Refrigerated Transport based in Portadown, announced their recent investment with details of a bespoke new hub that will span over 10 acres and be the first of its kind for refrigerated transport in Ireland, whilst the 50 new jobs will commence within the first three months of the hub’s opening.

The family run company that supplies to Northern Ireland, Republic of Ireland and the United Kingdom, has also announced the recent majority acquisition of Brennan Refrigerated Transport in Waterford, which will see a further five lorries added to Derry’s already prolific fleet of 60. 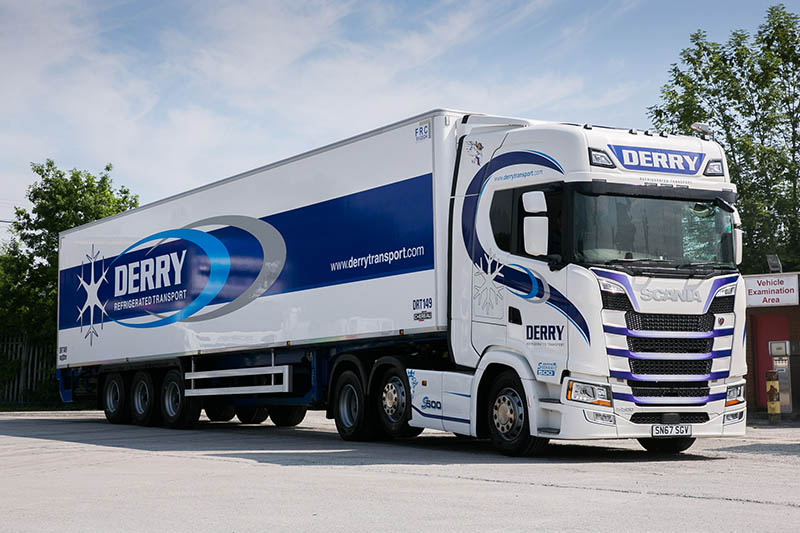 Patrick Derry, Managing Director said, “It is a very exciting time at Derry Refrigerated Transport. This investment will allow us to build on the platform we have established during our 20 years in the industry and will enable us to provide wider and more tailored services to our clients.

“We are delighted to be able to create employment for the local area once our new hub is complete and we are looking forward to expanding further into the Irish market.”

Patrick continued, “Our customers have been extremely loyal to us since starting out 20 years ago with only one lorry and we want to continue to enhance our relationship by offering them something extra. We are hopeful that this recent investment will establish Derry as the go-to refrigerated transport company in Ireland.”

Speaking about the investment, brand ambassador and Olympic winning boxer, Paddy Barnes said, “It’s excellent to see the investment that Patrick and the team is making to not only the company, but to the local area. For as long as I have been working with Patrick, his commitment to his customers and employees has been second to none and I’m looking forward to seeing the end result of the team’s hard work.”

Derry Refrigerated Transport currently employ 200 people at their Portadown site since moving due to expansion in 2013. The company has been recognised for their sustainability practices by winning the Greener, Safer Fleet Award at the Export and Freight Awards in 2016 and ‘Fleet of the Year’ at the 2017 awards.