For the second time in a fortnight, defending champion Derek Tohill was the driver to beat in round two of the Parts for Cars National Rallycross Championship at Mondello Park. He won both the Supercar Final and the main race of the day, the Super Final, with his main rival, Noel Greene, taking runner up position each time. 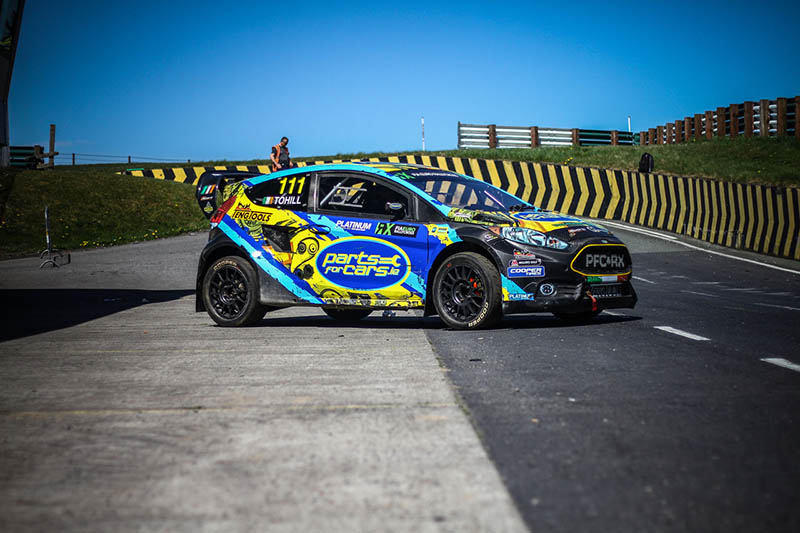 Derek Tohill wins Round 2 of the Irish Rallycross Championship in Mondello Park.

In the Super Final, Greene got a better start than Tohill and led the race for the opening lap, but the double title holder then squeezed his way in front and pulled away to another comfortable win. Peter McGarry narrowly beat Lloyd Spendlove in the Modified Final, with Ciaran Murphy taking the Production race ahead of Derek Lenehan, who climbed through the field from the back of the grid.

In a thrilling finish, Donagh Kelly snatched a late victory in the Monaghan Four Seasons Hotel Stages Rally, taking the lead from local hero Sam Moffett on the final stage to win by just two seconds after nine stages. Donegalman Kelly was fourteen seconds behind Moffett on the opening stage, but gradually reduced the deficit to come out on top in a duel of champions.