Over the past 12 months, Denso’s OE components have powered racing cars to victory on the global motorsport circuit.

Denso’s leading aftermarket range has long been the brand of choice for workshops across the country, but did you know about Denso’s motorsport pedigree? The durability and quality of Denso’s products means they are often found under the bonnet in the world of professional motorsports, giving drivers the edge on the track. With Christmas approaching, Denso focusses on a year of motorsport success.

Rebecca Jackson teams up with Denso

Denso was pleased to welcome racing driver Rebecca Jackson onboard as brand ambassador for the OE supplier in May. In June, Rebecca made her first appearance for the brand at their Automechanika Birmingham stand where she was able to meet with Denso customers at one of the largest UK aftermarket trade shows. 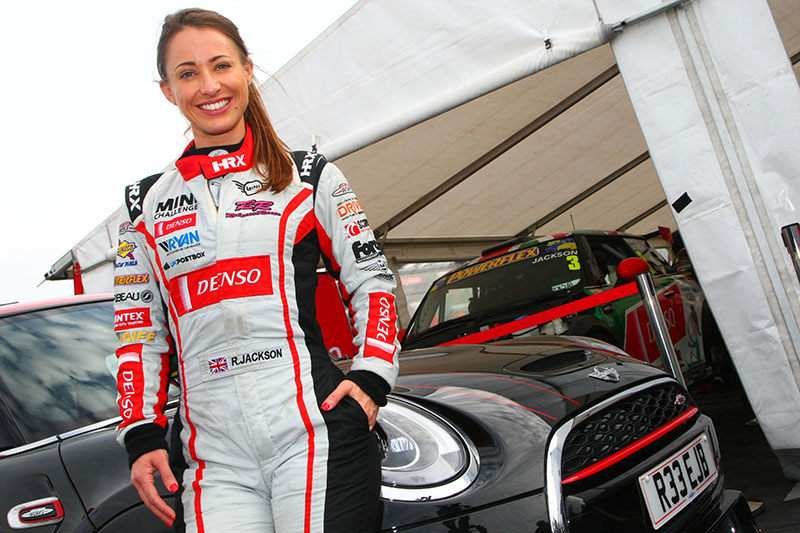 MINI Challenge
On the track, Denso has become one of the main sponsors of Rebecca’s racing exploits, becoming a key supporter of her recent MINI Challenge season. Rebecca fitted Denso’s Hybrid Blades to help give her maximum visibility during the worst of winter weather, with the blades proving particularly useful during the wetter runs of the MINI Challenge. In September of 2017, Rebecca had her best ever finish to the season coming in at 20th overall and winning the Ladies Cup. Denso were present at her final race of the season at Donington Park to highlight the benefit of the Iridium TT Spark Plugs to road cars.

In global competitions, the Denso-sponsored TOYOTA GAZOO racing team stormed to a brilliant season in the FIA World Endurance Championship. The team got off to the best possible start, winning the first two six-hour races of the year at Silverstone and then Spa-Francorchamps. Unfortunately the team was not to race to success at Le Mans, with only one of the three cars finishing the race, which came in at eighth position. However the season ended in success when the team clinched their fifth victory in the nine-race season with an impressive first place win at the Bapco 6 Hours of Bahrain, coming in one lap clear of the second placed car. Victory in Bahrain marked the first time since 1990 that a car crew has won five races during a season of WEC or its predecessor, the World Sportscar Championship.

Although Denso range is ideal for road vehicles, the durability and performance of Denso parts means they are often put to the test in the competitive world of motorsport. Denso will look forward to being a part of another action-packed year of racing next year.

For more information about Denso’s range of aftermarket products and to find your nearest Denso distributor or stockist please visit http://www.Denso-am.co.uk/