Toyota Gazoo Racing (TGR) and its technical partner, Denso, opened their WEC title defence with a one-two victory after a dramatic opening race at Silverstone. A crowd of 49,600 turned out to watch the four-hour race, with changing weather conditions adding to the entertainment. 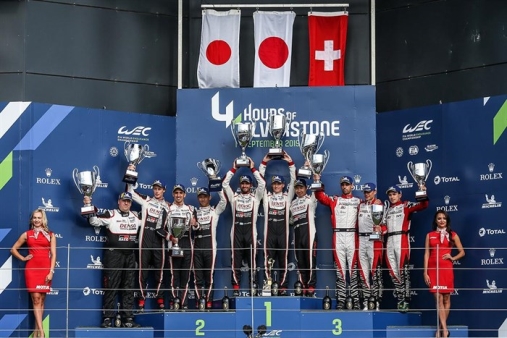 #7 TS050 Hybrid took first place, driven by Mike Conway, Kamui Kobayashi and José María López. Less than two seconds behind in second place was sister car, #8 TS050 Hybrid, with Sébastien Buemi, Kazuki Nakajima and Brendon Hartley at the wheel. This was a victory with intent following the updated regulations, which stipulate that the TGR cars carry 99kg more weight than their nearest rivals.

An hour-and-a-half into the race, Silverstone was hit by a heavy rain shower, and as conditions deteriorated, both cars were forced to change to wet weather tyres; however, the tyre changes were quick and efficient, earning both cars precious seconds. This season, pit stop time will be crucial due to regulation changes, which increase the refuelling time for the TS050 Hybrid to ensure that Ginetta and Rebellion are able to fill up within the same time, despite adding 50 per cent and 61 per cent more fuel to their tanks respectively.

A safety car controlled the race for 23 minutes, closing the gap between the top-three: #7, #8 and #3 Rebellion. The two TS050 Hybrids led the way once racing resumed, gaining almost a minute over #3 when it served a stop-and-go penalty for a technical infringement.

With Kamui and Brendon at the wheel, #7 and #8 swapped places several times before handing over to José and Kazukifor the final hour. José in the #7 held the advantage and finished just 1.901 seconds ahead of Kazuki in the #8. 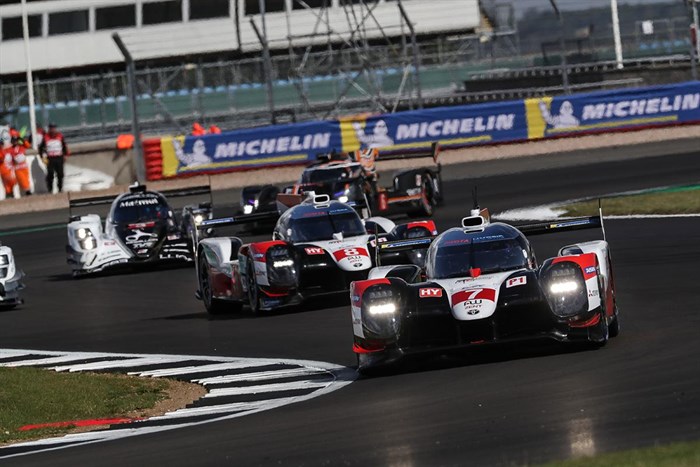 Toyota Gazoo Racing take an early championship lead into the second round of the season at Fuji Speedway on October 6.

However, the challenge of winning again on home ground will be even tougher due to new rules, which impose performance penalties on cars depending on championship position. The TS050 Hybrids will be slowed compared to their non-Hybrid rivals, with the #7 suffering more than its sister car on account of its Silverstone victory.