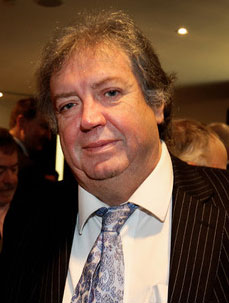 My friend and former work colleague, Declan O’Byrne passed away suddenly last Saturday at his home in Killester, in Dublin. Declan was a true gentleman and a good friend. You would never hear Declan speak ill of anyone. He was old school in the best sense of that reference. An intelligent man that understood and acted on the fact that you learned more by listening than talking. He went about his business in his own quiet manner.

Declan was a great and devoted family man. He looked after his late father Dermot, whom he had followed in the footsteps of into Independent Newspaper Group, and his beloved mother Angela, who survives him. Declan is also survived by his loving wife Lorraine, who he adored, his loving sister Carol and his saddened extended family.

After early days in the Roscommon Champion, Declan joined Independent Newspaper Group and after a great career, he took early retirement from his position as senior sub editor. He did continue to do motoring assignments for the Irish Independent and for many years for us at Automotive Publications. Declan was a active and popular member of the Irish Motoring Writers’ Association.

The removal is on Thursday morning (10th) to St Brigid’s Church in Killester for 11am Funeral Mass. This will be followed by burial in Ardla Cemetery. Family flowers only please, with donations if desired to the Irish Heart Foundation.

Our sincere sympathy to Declan’s wife Lorraine, his mother Angela, his sister Carol and all his relatives, former colleagues and many friends.