Continental has introduced new packaging for its timing belt kits with water pump that now have 70 per cent less waste.

Previously, the individual components of these kits (belt, water pump, tensioner pulleys, etc.) were packed in separate boxes, which were then placed together in a large outer box.

Now, a specially folded cardboard insert will protect all components and keep them safely in place within the box without the need for individual packaging. 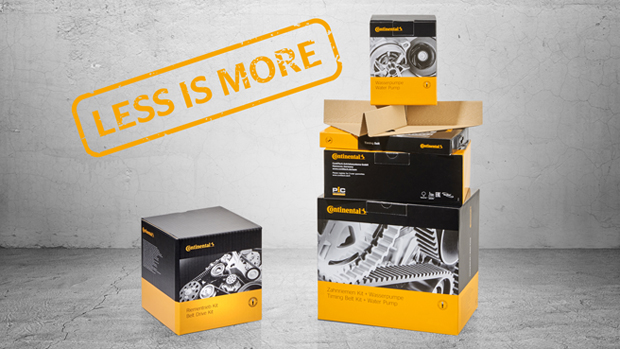 The firm adds that around 70 per cent more kits will fit on a pallet, meaning that 98 fewer truck journeys a year will be needed for distribution – adding up to 390 metric tons less CO2 each year.

There will be far less cardboard waste to dispose of too. What’s more, Continental says the box is made of recycled material and is completely recyclable itself, which also helps the environment and efforts to slow down climate change.